SANTA FE, N.M. – The state Senate passed a new map that would shake up who represents New Mexicans in Congress.

The proposed map is very different from the boundaries New Mexicans have right now. It still splits the state between three representatives in congress, but parts of the Albuquerque metro and southeast New Mexico would be divided.

At the roundhouse Friday afternoon, there were passionate debates on the floor of the Senate chamber.

State lawmakers speaking in support and opposition of Senate Bill 1 and its proposed map, redrawing the state’s three congressional districts. The map breaks up Albuquerque and also splits southeast New Mexico – seen by many as a Republican strong hold.

Sen. Gay Kiernan from Hobbs and other Republicans take issue with how the map splits up different rural and urban communities across the state.

“I think that’s just really concerning when you have put us with the northern part of the state Santa Fe in particular and clearly Hobbs and Santa Fe have very little in common and I just really do think I stand in representing my community we don’t want to be split,” said Kiernan.

But Democrats like Sen. Gerald Ortiz y Pino from Albuquerque say the map is fair in how it represents diverse communities.

“I think this map has created three districts each of which very nicely reflect New Mexico as it is, they all have an urban hub they all have rural components, they all have small towns, they all have a Native American presence, they have Hispanic presence in all of them in a proportion similar to the population as a whole,” said Pino.

The map now heads to the House for approval. 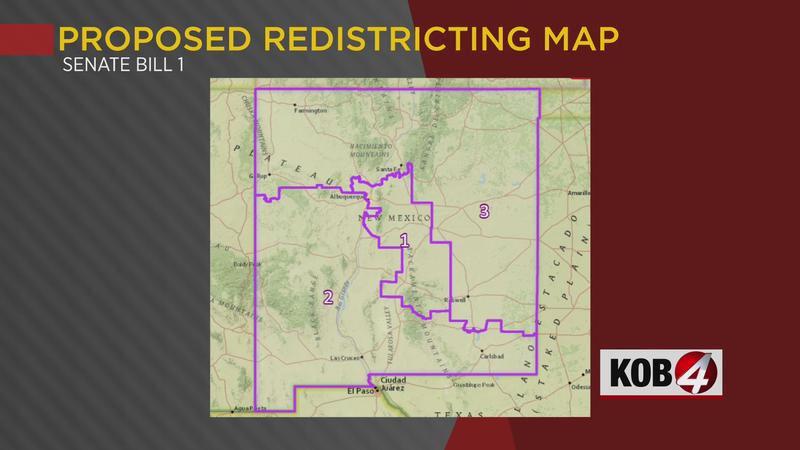