ALBUQUERQUE, N.M. – The KOB 4 investigates team exposed some holes with GPS monitoring that happens when accused criminals are released from jail.

Even those in the criminal justice system say they don’t know how closely accused criminals are tracked. And now there’s another case of a man getting arrested with a GPS monitor on.

However, in this case, the district attorney is planning to do something he hasn’t done before.

Typically, in a pretrial detention hearing, the suspect’s criminal history is presented and a judge makes a decision whether or not to keep the accused in custody.

But in the case of Jesse Mascareno-Haidle, prosecutors plan to call the court’s own pretrial services people to testify about his ankle monitor. Mascareno-Haidle is back in jail this time for allegedly breaking into students’ cars at Rio Grande High School while wearing a GPS ankle monitor.

"Typically that, in and of itself, would not be a situation where we would file a pretrial detention,” said Bernalillo County District Attorney Raúl Torrez.

Torrez’s office has failed twice to convince a judge to keep Mascareno-Haidle locked up.

"There is nothing, I think, as terrifying as the idea that someone has been in your home while you’re asleep in the middle of the night,” Torrez said.

Mascareno-Haidle is accused of burglarizing more than 80 homes and the district attorney took the fight to keep him in jail all the way to the state Supreme Court.

"It is up to the court to decide how much weight to give each of those, but I think when we look at Jesse’s compliance with conditions of release, while it’s true it was a brief period of time it demonstrated a number of things I think the court did put weight in,” said Noah Gelb, a public defender.

"We asked for him to be in. That judgment, that argument, was rejected. And it’s in place there was an assertion the community can be made by imposing GPS. OK. What does that really mean?" said Torrez.

This time, Torrez is doing something he says is "highly unusual." He will call the pretrial services’ people to the stand during the next pretrial detention hearing to try to get a clearer picture of how exactly those on GPS monitoring are tracked.

“What we’re trying to understand is what does it mean to be on supervision?" Torrez said. "More than that, it would shed some light on what intensive supervision, GPS supervision, actually means in this community. Because I think there is a very big disconnect between what the court and the judges who make these determinations, what they think it means and it what it actually means."

The hearing is scheduled for Monday but it may get pushed a little later because Torrez said the court is only offering 48 hours of data on the ankle monitor. He wants to see everything from the moment he was released from custody the last time. 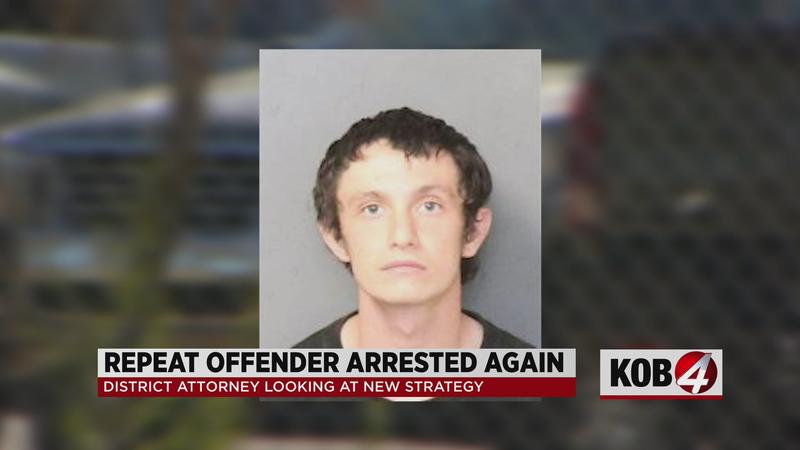