ALBUQUERQUE, N.M. – APD officers on Wednesday arrested a serial robbery suspect accused of 11 robberies since the start of last year.

PRT officers responded to the armed robbery at Wendy’s and then to Pino’s house, located just a few blocks from Coors Blvd. Officers set up a perimeter around the house after seeing Pino – who fit the exact description given by the Wendy’s employees – enter the house.

Pino exited the house and was arrested on felony warrants for aggravated assault with a deadly weapon and six misdemeanor shoplifting warrants. He was also believed to have committed several robberies in the area and was suspected of having stabbed two employees at the Twisters during one of the robberies. 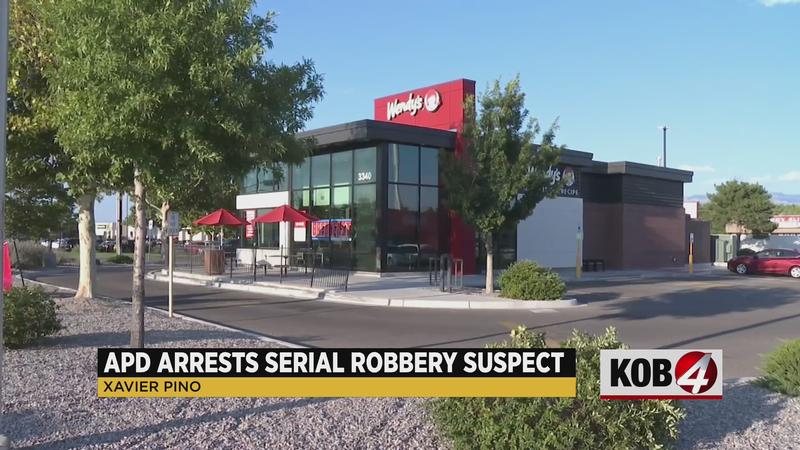 An additional arrest warrant will be completed with Pino’s corroborating information and evidence collected during a search of Pino’s home that connected him to the suspected robbery cases.