ALBUQUERQUE, N.M. – A woman in court Monday is accused of causing a crash that killed her passenger the day after Thanksgiving.

Driving impaired is suspected in that case – but what about the handful of others in this last week alone?

KOB 4 counted around a dozen serious crashes being investigated by BCSO or APD in just the last week. Several New Mexicans lost their lives.

Cheryl Walker Stiles is accused of drinking and driving the Friday after Thanksgiving, causing a crash on I-40 near Carnuel.

According to court documents, that crash killed her passenger, Harold McCarty.

“There will be a hearing to determine whether or not there are conditions of release that will adequately ensure the safety of the community. The state’s position is that no such conditions exist,” said Judge Rogers.

But that’s just a small glimpse of a troubling picture on New Mexico roadways. Many crashes are under investigation, so causes haven’t been determined yet.

“We’ve got an increasingly aggressive group of people on the streets, and I think we need to face up to that,” Isaac Benton, city councilor.

City councilors have acknowledged over the years that drivers in Albuquerque are not only aggressive, but oftentimes driving way too fast.

"It’s one of the biggest complaints we get, is that people want speeders to stop speeding,” said Rebecca Atkins, APD spokesperson.

Many crashes this year have also involved pedestrians.

Unfortunately, they say there is not a common theme or problem those crashes can be pinned to.

KOB 4 reached out to APD but did not hear back. 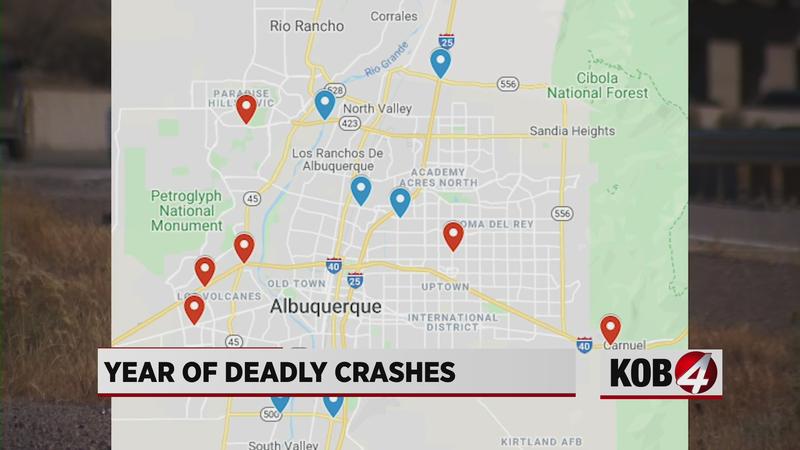