In the appeal, Gonzales’ attorney writes, "the city clerk’s denial was contrary to law."

The attorney adds, "the city clerk is not a neutral decisionmaker, for several reasons including the fact that he was appointed by and answerable to the opposing candidate."

Mayor Tim Keller, who is running for reelection, is the opposing candidate. 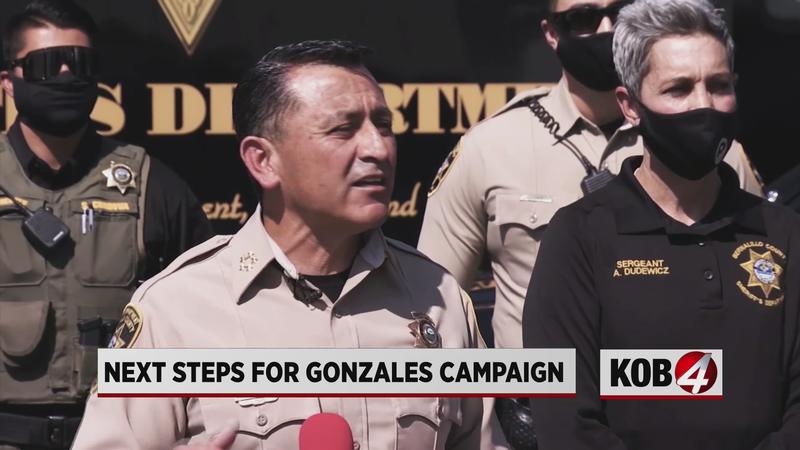 On Friday, City Clerk Ethan Watson denied Gonzales’ bid for $660,000 in public financing amid those fraud and forgery allegations.

Gonzales’ appeal also states, "it has not been proven to any standard of proof that those QCs (qualifying contributions) are in fact fraudulent; and there is no evidence that the sheriff personally "Knew or should have known of that fraudulence or falsification."

A city officer will hold a hearing on the appeal within five days.

The hearing officer will then have three days to make a ruling. However, Gonzales can challenge the ruling if he doesn’t like the outcome.

A spokesperson for the Mayor’s Office released the following statement about the city clerk’s decision:

The City Clerk is charged with reviewing applications for public financing, certifying valid applications and disbursing substantial public funds to those candidates who are certified. In this instance, the City Clerk received evidence of around 149 instances of forgery on qualifying contributions presented by mayoral candidate Manny Gonzales, including a statement tying him personally to improper conduct. By denying certification, Mr. Gonzales is entitled to appeal the City Clerk’s decision, which he has done, and have a hearing on the merits held by an independent hearing officer. There was no violation of Mr. Gonzales’ "due process rights", this in fact the process for all candidates. The City Clerk made an independent decision on Mr. Gonzales’s application for public funds as required by the City Charter. City Clerk Ethan Watson is not a biased decision maker; he was unanimously confirmed by City Council and is required by Charter to review applications for Public Financing to determine if they comply with the City Charter to protect the public coffers from invalid applications. Mr. Gonzales will now have his opportunity in an evidentiary hearing to explain the apparent forgeries and why his campaign should be awarded over six hundred and fifty thousand dollars of public funds. – spokesperson in the Mayor’s Office