But this past Friday, a judge ruled that the city clerk never gave Gonzales a fair chance to defend himself of those allegations – and that violated his due process rights. The judge ordered Watson to hold a new hearing, which was held Wednesday.

On Wednesday, the city went through the allegations against the sheriff as ordered and gave Gonzales a chance to defend himself.

"Your campaign admitted that many of the qualifying contributions receipts identified by the Holguin-2 complaint were signed by someone other than the voter," said Kevin Morrow, the city’s acting deputy city attorney. "You, through counsel, admitted to a pattern of forgery and stated, ‘it does indeed appear that those QCs were forged."

Gonzales’ attorney didn’t argue about the allegations. Instead, he pointed out that regardless of what the campaign did or did not do, this hearing was unfair because the city clerk was appointed by Gonzales’ opponent – Mayor Tim Keller. 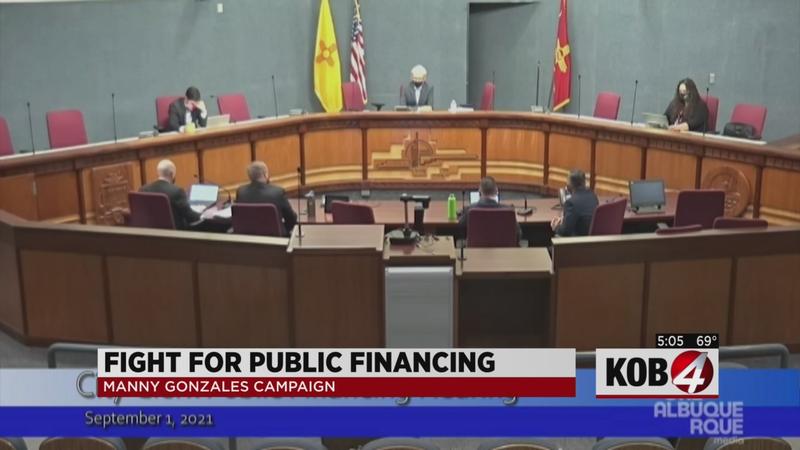 "The city clerk, Ethan Watson, is far from a fair, neutral or impartial decision maker in this case," said Daniel Gallegos, an attorney for Gonzales’ campaign. "He has a stake in the outcome in this case. He was appointed by and answers to incumbent Tim Keller, Sheriff Gonzales’ opponent. And the clerk’s term in office coincides and terminates with the term of Mayor Keller. Bottom line, if the mayor loses this election, the city clerk is out of a job."

However, per the city’s own rules – and by the order of a district court judge – Watson must ultimately decide if Gonzales will or will not receive $635,000 in public financing to fund his race for mayor. The decision will be made by the end of the day Friday.

Gonzales’ attorney also argued that this situation has really handicapped the race to the point it may not even be a fair race regardless of the clerk’s decision. Gonzales has had no way to bring any money into his campaign for nearly two months.

On top of that, the campaign is spending a fortune on legal expenses, when those limited funds could be paying for TV ads or mailers or other ways to help voters learn more about Gonzales’ platform.