Sheriff Gonzales will get emergency hearing on public financing

ALBUQUERQUE, N.M. — The legal battle over public financing in the race for Albuquerque mayor is far from over.

On Tuesday an emergency hearing is scheduled in front of a Santa Fe District Court judge, the same judge that in August ordered Albuquerque City Clerk Ethan Watson to revisit his decision to deny Bernalillo County Sheriff Manny Gonzales more than $600,000 in public financing for his Albuquerque mayoral campaign.

Following the judge’s order, earlier this month the city clerk held another hearing and denied Gonzales the public funding a second time due to allegations his campaign forged voter signatures on campaign documents.

Gonzales’ team has consistently argued the city clerk is biased because he was appointed by Gonzales’ main opponent, Mayor Tim Keller.

As for Tuesday’s upcoming hearing, Gonzales’ attorneys have filed two motions. One is asking for the judge to order the city clerk to grant Gonzales public funding. The other is asking the judge to allow Gonzales to privately fundraise in the meantime.

According to the request, Gonzales’ campaign had about $10,200 in available funds as of Sept. 3, when the request was submitted.

In an email to KOB 4 Friday, Gonzales’ attorney wrote, "enough voters got together and donated to Manny Gonzales to get him the financing he needs to run competitively; that electoral outcome isn’t being respected because the other candidate has the brute-force power to stop it…" 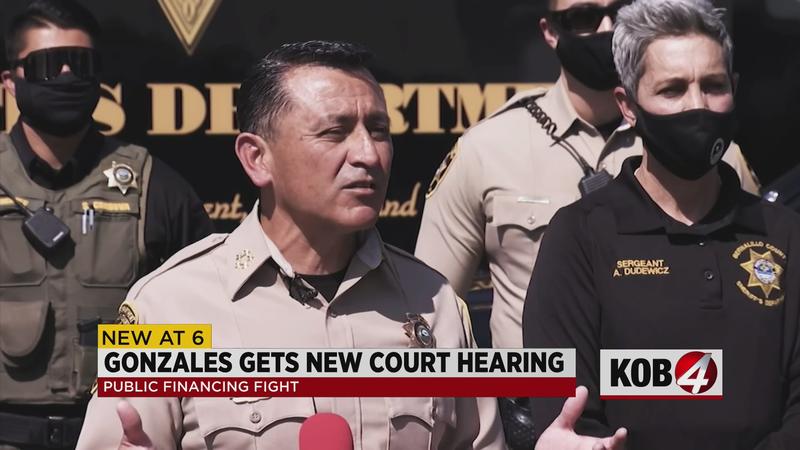 At one point, the Gonzales campaign asked the State Supreme Court to intervene, but the court denied the campaign’s petition.

KOB 4 will be covering next week’s hearing and let you know what the judge decides.