ALBUQUERQUE, N.M. — After years of pushback, Bernalillo County Sheriff’s Office deputies were finally outfitted with police body-worn cameras last month. Both the sheriff and his critics said they’re optimistic about the move.

"We’re learning from this and there is value in this,” said Bernalillo County Sheriff Manny Gonzales.

The once-resistant sheriff said he’s now on board with the body-worn cameras.

"I’m embracing it to figure out where it’s going to take us,” the sheriff said. “We’re just in the infancy stage of this camera program, so I’m looking forward to what it has to offer in the future."

In a Tuesday press conference, Sheriff Gonzales showed footage from a foot-chase where two rookie deputies shot a suspect.

"Until you honestly are put in my shoes and feel the grief that I felt, and my sister’s life being needlessly taken, I don’t think you’ll understand my drive,” said Elaine Maestas.

Longtime BCSO critic Elaine Maestas is now working with the ACLU after more than a year of pushing for change within the law enforcement agency. BCSO deputies shot and killed Maestas’ sister Elisha Lucero in 2019. According to deputies, Lucero rushed deputies with a knife.

Maestas and her family, however, think otherwise.

"There was no knife,” she said.

With the introduction of this new tool, Maestas said she believes it’s a good step toward more transparency.

When asked if she’s satisfied with the new level of transparency from BCSO, Maestas said "Yes. I would have to say that I am. My heart honestly goes out to this man’s family. I understand, you know, the hurt. They are going through and the heartache, but I am pleased that his family will have a full transparent view of what unfolded that night." 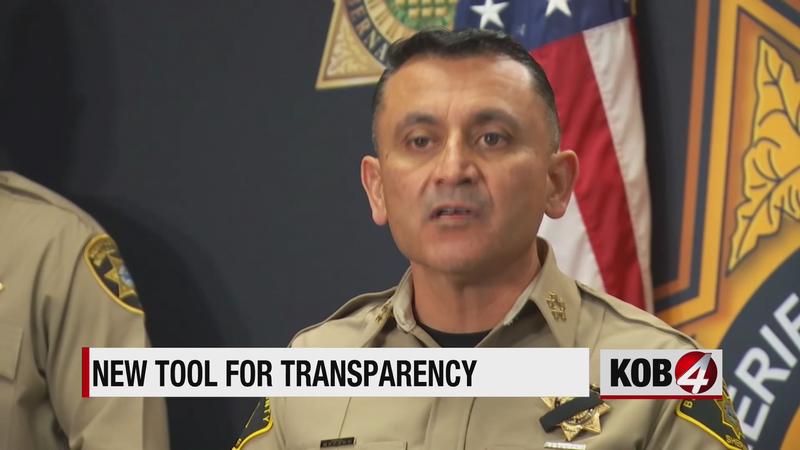