Shots fly as father, son nearly robbed at ATM on Albuquerque’s West Side

ALBUQUERQUE, N.M.- A father and son are lucky to be alive.

After a night out at a casino, Leonard Molina and his son stopped at an ATM near 98th Street and Central. They were getting cash so they could buy some food late Saturday night.

"We felt something was wrong," Molina said.

While at the ATM, Molina said someone approached them with a gun.

"He lifted the gun, put it to my son’s head – he said something. My son immediately reacted by pushing the hand away," Molina said. "That’s when he started firing into the vehicle." 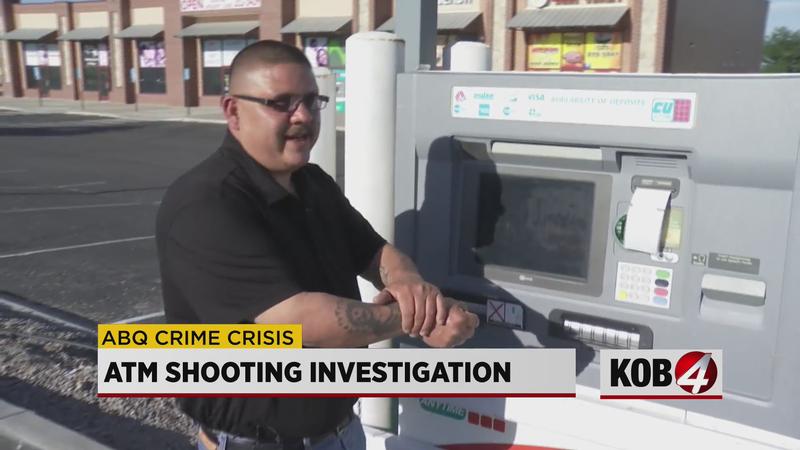 Multiple shots fired, inches away from his son’s head.

Molina’s son was not hit, and able to drive a short distance forward.

"At that point, he couldn’t do nothing else because he was just disoriented from the gunshots," Molina said. "That’s when I had no choice but to get out of the vehicle and start firing back at the individuals."

"The other individual in the vehicle looked like he was getting out. Once I seen him get out and have something in his hand, my instincts were fire back, which I did," Molina added.

Molina believes he hit one of the suspects.

Police said they aren’t aware of prior issues at the ATM, but that’s not stopping Molina from warning others.

"Me, my son, my wife, my daughter, everybody is carrying a gun at this point because of the people that’s out there that just have no care in life," he said. "They don’t care about life."