Scott McLaughlin, Executive Director of Spaceport America, said he knows all about the complicated relationship New Mexicans have with the spaceport.

“I understand a lot of the concern and frustration by New Mexicans and the taxpayers,” he said. “The decision to build a Spaceport and then the long wait to get to this point was difficult."

After years, and hundreds of millions of taxpayer dollars, and the former CEO getting terminated following a scandal, some were skeptical we’d ever get to see a launch off.

“It feels like one of those life-changing events that you still don’t know all of the ramifications for, right?," said McLaughlin. 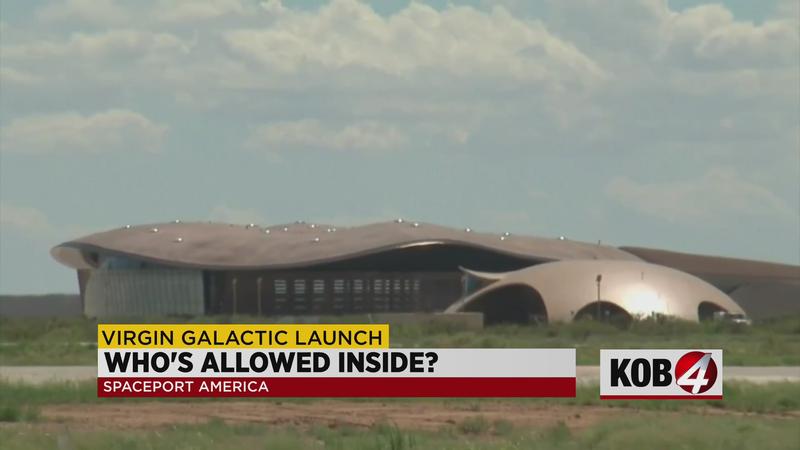 For Sir Richard Branson, the guest list for the launch and party afterward was exclusive.

Will the taxpayers that paid for the building get an invitation for the next launch party?

He said Virgin Galactic wants to work up to doing 400 space flights per year, and they want New Mexicans to be able to watch.

"We have a focus on trying to find a way to get the public access," he added.

Outside of open houses and scheduled tours, Spaceport America said they are looking at expanding parking areas to view future space flights.

"We are trying to gear up for what might be occasional large events. But, they will be based on Virgin Galactic’s customer and what their customer wants. They are not based on what me as a State of New Mexico employee, who is simply running the facility, wants," said McLaughlin.