ALBUQUERQUE, N.M. – Robert Marcos Martinez was a brother, son, outdoorsman and a father.

Robert was a single dad raising two young boys on his own – after their mother passed away about four years ago. His family said he was a strong man, so when he first tested positive for COVID-19 in November, they thought he was going to get through it.

"He was sick all up until a couple of weeks ago, when he texted me and said ‘my oxygen level is down to 67, pray for me’ and at that point, my wife and I said, ‘you need to go to the hospital, you need to call an ambulance,’" said Robert’s brother, Primitivo Gallegos.

Robert went to the hospital and was quickly taken to the ICU. He was not vaccinated against COVID-19. Then he died on Dec. 11.

A GoFundMe page was created in hopes of granting one of Robert’s last wishes. He wanted to be buried next to the mother of his children. The money raised will also be used for his two sons that are now living with their uncle. 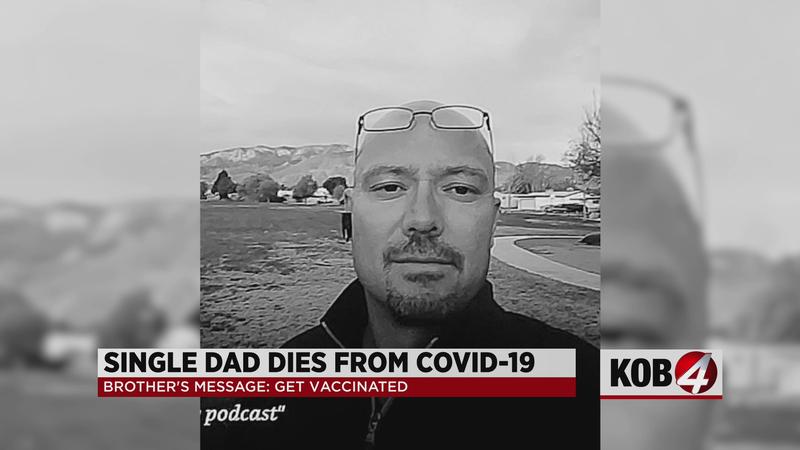 Now, his family is urging others to make the decision that Robert didn’t.

"Just please, get vaccinated," Gallegos said. "It may seem silly, it may seem like it’s not important. It may go against your beliefs or whatever it is, but I can tell you, to have my older brother die in the hospital alone and they did not allow me to go see him – that hurts most."