ALBUQUERQUE, N.M. — Stephanie Gill was raised on the Navajo Nation. After high school, she focused on her job as a full-time mother.

"I wanted to go to school to be a car mechanic," Gill said. "Unfortunately the support there for me wasn’t there at the time."

Nearly a decade later, she wanted a better way to support her family.

"When I found out CNM had an aviation program, I thought, if I can’t work on cars… why not aircraft?" Gill said.

The 18-month aviation maitenance program set Gill up for a good-paying job at a company in Rio Rancho. 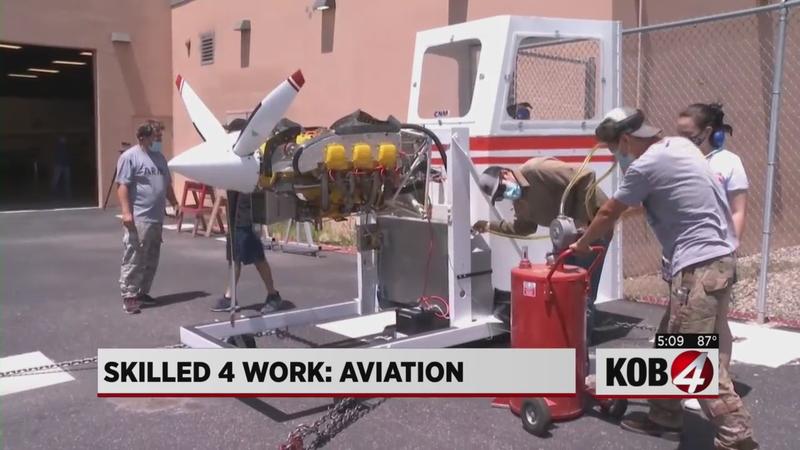 Jeremy Frick runs the aviation program for CNM. He said the line of work opens up lots of opportunities.

Unlike cars, aircraft can’t just be pulled over to the side of the road if something breaks.

Frick said that, despite less planes flying over the last year, job demand is high and local companies are hiring.

Gill said the financial aid also made the career decision an easy one – and took her future to new heights.

"Being a two income household is really great for me," Gill said. "You know, I’m able to support my boys completely on my own if I needed to. This career is really what I wanted."