ALBUQUERQUE, N.M. — The business of beer has been a passion for TJ Frederich for a long time.

"So, I’m originally from southeastern New Mexico," Frederich said. "What got me into brewing and home brewing was that craft beer wasn’t a thing. It was predominantly Bud Light, Coors Light, Miller Lite out there."

Back then, there weren’t a lot of options for brewers to get into the business. Frederich got a business degree and was a general manager for a chain restaurant, but then he wanted a change.

"As I kind of got older and had family, you know, missing out on family events, being able to spend time at home with my kids became something really important to me," Frederich said.

He became one of the first to go through CNM’s Beverage Production & Management two-year course. 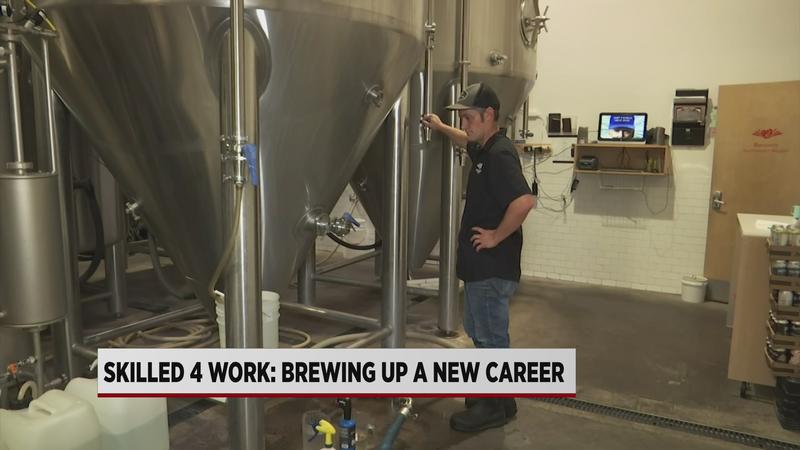 KOB 4 talked with Nick Jones, who teaches the future brewers. He said they are expanding their program to essentially have a fully functional brewery on campus and they’re also getting ready to teach distilling.

"In the end, if you love what you do every day, and you can make money doing it – I don’t feel like I work," Frederich said.

In his four years at Tractor, he’s gone from the tasting room to cleaning kegs, and now he’s the head brewer.

"It’s living the dream, man," he said. "This is what I wanted when I started."