Sky Railway will roar back to life this December

SANTA FE, N.M. — A railway older than New Mexico is roaring back to life in Santa Fe for a one-of-a-kind adventure.

The Sky Railway will once again take passengers along the 18-mile trek from Santa Fe to Lamy, thanks to the creative minds of "Games of Thrones" creator George R. R. Martin and film producer Bill Banowsky.

"This is going to be unlike any tourist train experience," Banowsky said. "We hope this is one of the must-do things for people when they come to Santa Fe."

They bought the failing railway more than a year ago, hiring local artist Joerael Numina to create the artwork. He was given two rules by Martin: paint a dragon and a wolf.

After six months and 700 spray cans, his work was complete. 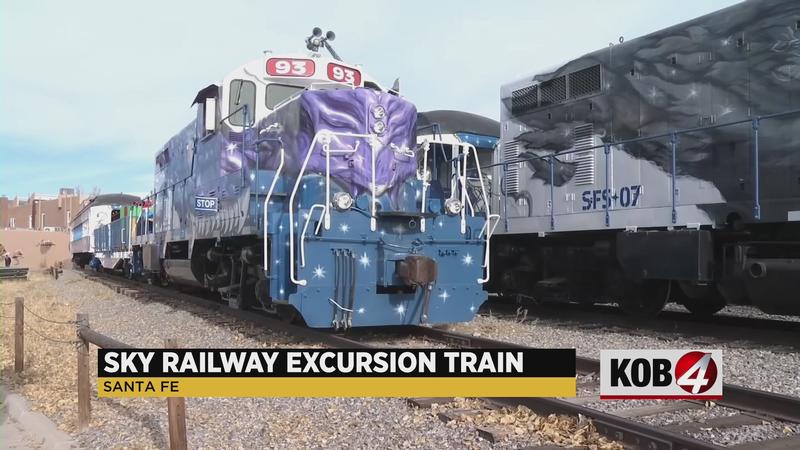 As for the inside, passengers will enjoy live music, food, drinks, and performances. Some of them include a murder mystery show and a staged train robbery. The passenger cart that is being used is more than a hundred years old, meaning everything inside is redone with a few immersive touches transforming it into a stage.

“We created a 48-foot long, 8-foot wide performance stage so you can draw focus to the performance whether it’s actors or musicians in the middle and then everybody gets a chance to enjoy,” said Steve Wilson, the head of entertainment for the Sky Railway.

He said they also installed lights that change all different colors and a surround sound system.

"That’s going to create scenes that are going to kind of turn train travel on its head a little bit to make you go what? What just happened?" Wilson said.

Passengers can hop aboard starting Dec. 3. The first experience will be a trip to go see Santa Claus, of course, with cookies and hot cocoa.