ALBUQUERQUE, N.M. – New Mexicans are feeling the pain at the pump ahead of July 4.

"Even though gas prices are at three year highs or seven year highs, we don’t anticipate that it will have an impact on travel at this point. They aren’t really high enough to where consumers will really change their plans. I don’t know if you seen the Fourth of July travel forecast for the Mountain Region, you’re looking at nearly three million people, 2.9 million that will be driving by car,” said Daniel Armbruster, spokesperson for AAA.

That’s the highest number on record. According to AAA, gas prices may go up more in the upcoming weeks.

However, people can take measures to make their fuel last longer.

"We hope consumers make sure to check if the tires are properly inflated, that really helps out with the economy," Armbrust said. "Also, making sure you avoid those quick starts and stops and lightning your load, taking any extra items out, that all goes along way with helping with fuel economy." 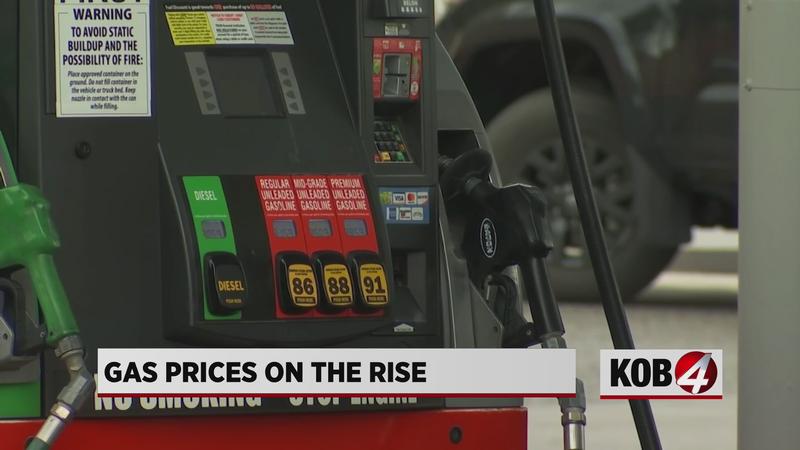 According to AAA, the average price per gallon in New Mexico is $3.06.