ALBUQUERQUE, N.M.-Alonzo Lucero has a passion for music that many New Mexicans hear on the radio.

After 51 years as a DJ in New Mexico, he still goes non-stop during his three hours of Spanish music each weekday morning on KUPR.

He believes his style is a lost art.

The corporate structure of most radio stations means fewer DJs are live. Many of them also use digital music libraries to automatically create song selections. 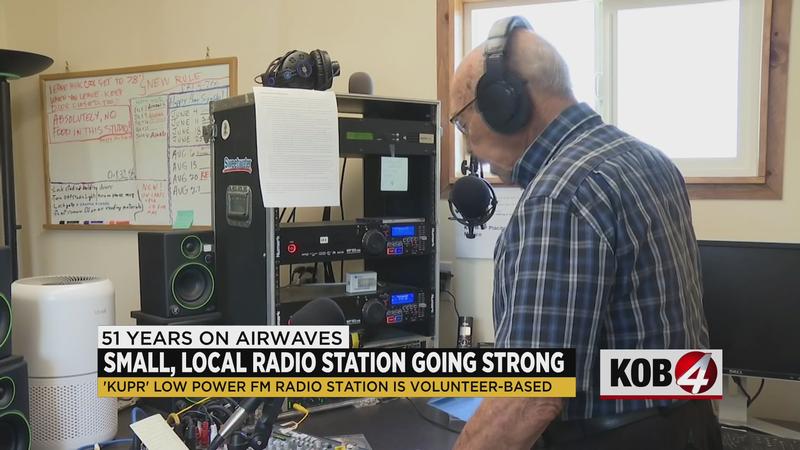 "To me, that is very, very, very boring," Alonzo said. "If I had a radio station, I wouldn’t allow that."

Alonzo still plays a lot of local music off of CDs.

As a Low Power FM station, it reaches into parts of Rio Rancho, but not quite into the heart of Albuquerque.

The station is run out of a donated trailer. It has 19 on-air personalities, all volunteers.