ALBUQUERQUE, N.M. — From the moment the pandemic hit, grocery store workers have not only continued to feed America, but they’ve put themselves in harm’s way to do it.

How are they repaid? Some employees say they haven’t been. Now Smith’s grocery store workers are threatening to strike.

The local union is in the middle of negotiations with Kroger Corp. The contract is up Jan. 30.

“It was very scary,” said Dawn Bianchetti, a woman who has worked at a Smith’s in Albuquerque for nearly 27 years. “The first few months were very scary.”

“We were on the front lines not knowing what we were facing,” said Bianchetti. “Even still now. I don’t know how I’m going to be affected.”

Frazier said they’re asking for an additional $2 an hour for every employee and increased security at Smith’s locations. He said negotiations are not going well.

“It is mind-boggling to wrap your arms around the fact that these workers are the ones that bring the corporation their profits and the success that they’ve had for two years – and to have them laughed and forgotten is just awful,” said Frazier.

In 2020, employees got a $2 raise for three months, but that went away. The risk hasn’t. Frazier said the company has even seen record-setting profits.

“You know, it’s corporate greed, which is as old as time,” said Bianchetti. “My hope is that Kroger can change and give us what we deserve to have. It’s not a want. It’s a deserve.” 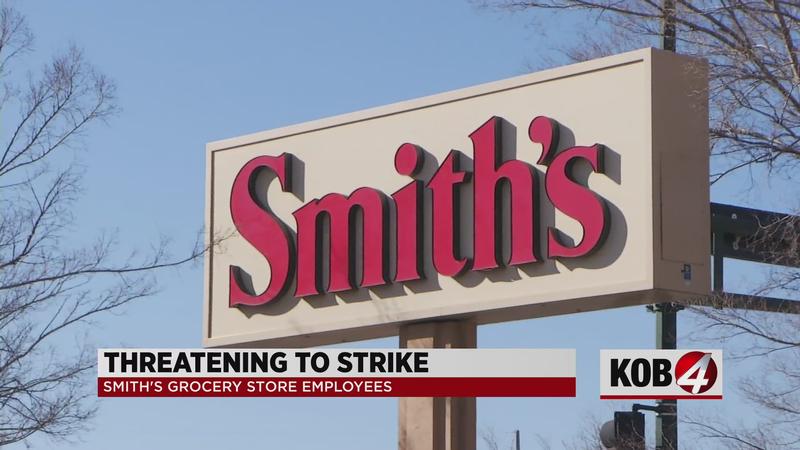 “Smith’s is negotiating with UFCW, which is an essential part of the collective bargaining agreement, before it reaches its expiration. Smith’s looks forward to continuing to negotiate in good faith a contract that puts more money in our associates’ pockets, maintains industry-leading healthcare and a retirement for our associates’ future. We will continue to balance our desire to invest in our associates, while keeping groceries affordable for our customers and maintaining a sustainable business for the future. Our associates are the most important piece of our business and we will continue to negotiate for an agreement that is in the best interest of our people.”

Bianchetti said they will see that through. When Jan. 30 gets here, the employees can decide if they want to accept what’s being offered at that time.

If they don’t, they could move to strike. It would take a two-thirds vote. That would mean they stop working and ask others to stop shopping at those stores.