SOCORRO, N.M. – One community theater group in Socorro said the Delta variant forced them to cancel their upcoming show, and this isn’t the first time.

Socorro Community Theater Director Ali Lennox said she had to pull the plug on the group’s latest production because of the Delta variant.

“So I was up front with everyone in the beginning that my first priority was making sure that everyone was safe,” said Lennox.

Opening night for Shakespeare’s "A Midsummer’s Night Dream" was scheduled for next Friday, but Lennox said rising case numbers forced her to into a corner.

"I became more and more concerned that if we continued, we could cause a superspreader event, and that is something that I personally don’t want to be responsible for,” said Lennox. “It felt like the risk of someone getting sick, or possibly someone getting sick and dying, was too high.” 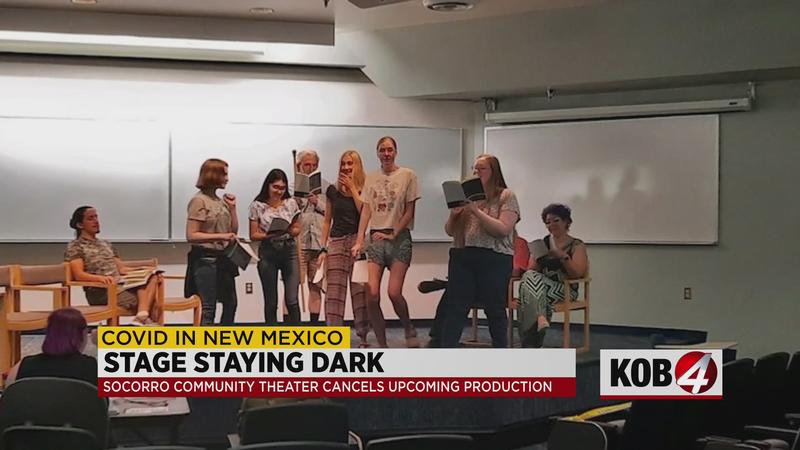 Lennox said she considered some alternatives, such as taking the whole thing outside or even filming it but in the end, canceling was the safest option.

"Most people, they’ve been curious, and wanting to offer possible solutions, which I have considered all of them, but most people are like yeah it’s really not worth the risk of creating a superspreader event,” she said.

This is not the first time the group had to drop the curtain early, when the pandemic began, rehearsals for “Clue” were midway.

Lennox said both shows will go on one day.

"The plan is to still, still one day do ‘Clue,’ just like the plan is now at some point to finish ‘A Midsummer’s Night Dream,’” she said.