Socorro doves thrive at BioPark, remain extinct in the wild for now

ALBUQUERQUE, N.M. – The ABQ BioPark is home to penguins, the new baby hippo and a type of a bird that is extinct in the wild but is thriving at the BioPark.

Dozens of Socorro doves call the BioPark home as Albuquerque has become a premier breeder of the doves for this part of the world. The doves used to only live on Socorro Island – an island around 300 miles from Baja California – until the 1970s when they were wiped out.

"It is an island that is owned by the Mexican Navy and civilians moved out there," senior birdkeeper Diane Longenecker said. "They brought their cats and anytime you introduce any type of predator or invasive species to an island, it has deadly consequences."

According to BioPark officials, the island is being prepared to receive Socorro doves again. For the first time since the 1970s, these doves may have another place to call home besides Albuquerque, which has been a haven for them.

"We have held more than we currently have," Longenecker said. "There was a while there where we almost had half the world’s population of Socorro doves and we were literally bursting at the seams." 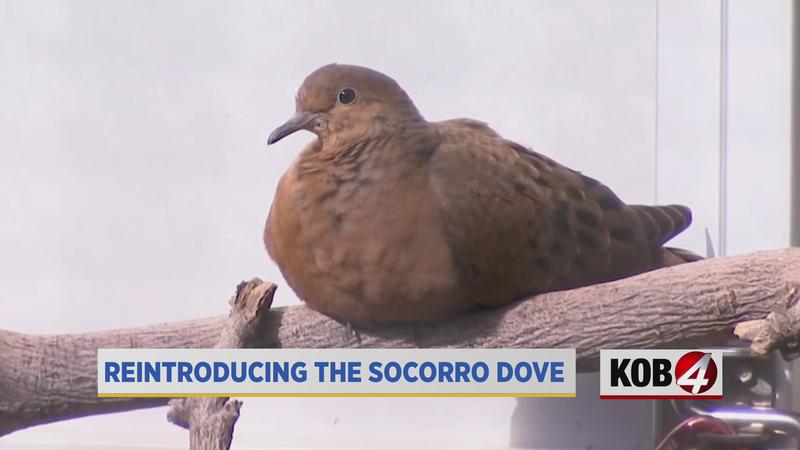 Socorro doves do not form lifetime, monogamous bonds like most doves and pigeons do. This means many doves move on from a partner after only a couple of years. However, this helps the population to reproduce at a greater rate, which can help them in the wild.

Socorro doves are closely related to mourning dives, which have an average life expectancy of around 15 years.