ALBUQUERQUE, N.M. — Showing sheep and raising animals has always been a part of the Otis family.

Lyndie and Payton, who are now 14 and 16, have been showing since they were young girls.

"It’s been a really fun experience to be in those two things, they’ve taught me a lot over the years,” said Lyndie Otis.

After last year’s fair went virtual, their hopes were high for this year – until last week, when Gov. Michelle Lujan Grisham announced that anyone at the New Mexico State Fair would have to be fully vaccinated.

"It’s pretty heartbreaking because I’ve only been able to show at the state fair once,” said Lyndie Otis. “It’s been pretty sad that we’ve put all this work into it and it’s been taken away." 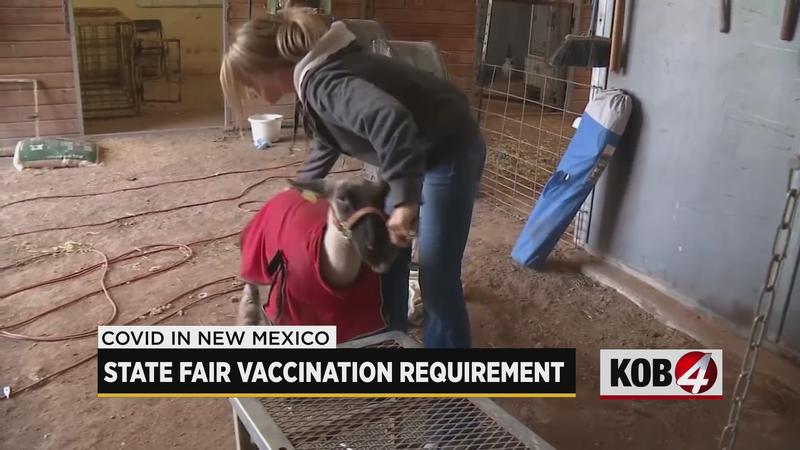 “I just feel very defeated and disappointed,” said Payton Otis. “It was the one thing I was looking forward to and I just wanted to show. It’s my favorite thing in the whole world to do.”

Even if both teens got the first dose of a COVID-19 vaccine on the day of the announcement, the timing still wouldn’t have worked out.

Kendra Otis says she’s tired of the constant disappointments she’s seen her daughters faced with over the past eighteen months.

"Unless you’ve been involved in this, you don’t realize the passion that goes into this and the disappointment over all these mandates,” said Kendra Otis. “And it started last year and it just keeps getting worse and worse."

The teens are also now out about $500 in entry fees, and aren’t sure if they’ll get that money back.

Update: A spokesperson with EXPO NM says that anyone who is no longer able or interested in participating in the 2021 New Mexico State Fair livestock shows will be issued a refund. Officials said they are currently in the process of creating a system for refund requests, which will be made available to the public in the coming days.