Some Albuquerque restaurants have not been inspected since 2019

ALBUQUERQUE, N.M. – Records show some Albuquerque restaurants are missing inspections, which means health and sanitation codes may not be enforced.

“We’ve had that flagged to us as well,” said Dr. Mark DiMenna, acting director for the city’s Environmental Health Department.

DiMenia said it’s not that those restaurants aren’t being inspected, he said it comes down to a data issue between the website and the department’s records.

"If the report says the last time someplace was inspected several years ago, it may be that it is just not pulling up the most current data.”

He said he checked one of the restaurants in questions.

"We looked back our records show that it was inspected in the middle of 2020 and it’s due again now,” said DiMenna.

But KOB 4 found some restaurants that haven’t been inspected since 2019, which DiMenna said could be accurate.

"It’s possible that some places may have not been inspected since the later half of 2019."

He said during the pandemic, inspectors focused more on COVID compliance than food safety, even having to do virtual inspections.

"We’re basically having a person in charge walk us through over zoom to inspect virtually. Because we didn’t want to have inspectors go from one facility to another,” said DiMenna.

DiMenna said he couldn’t say how many restaurants fall into this category, but they are now trying to catch up on that backlog.

"We would hope that there is patience and understanding with that. We certainly aren’t intending to deliberately sweep anything under the rug." 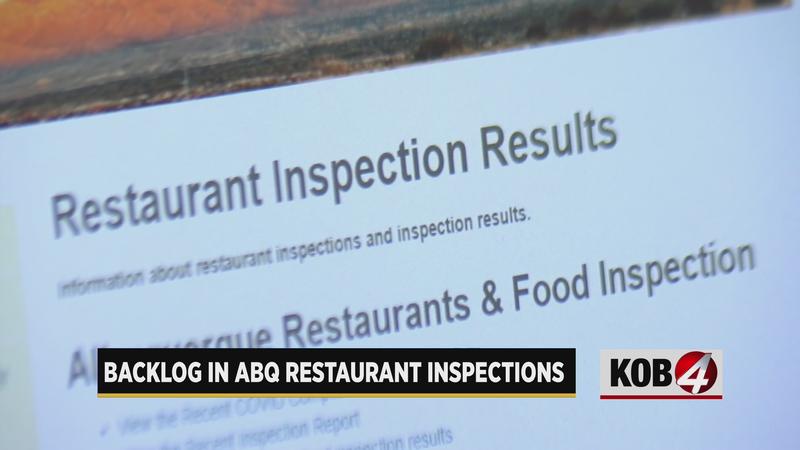