SANTA FE, N.M. – The snow is helping some ski areas get open – but not all of them. At the base of the Sandia Peak Ski Area, several inches of snow piled on the ground by midday Wednesday.

"This is probably one of the bigger storms of this year, so far. Lord knows we need it," said Ausdran.

Backcountry skiers like Ausdran don’t need a chair lift to get up Sandia, and it’s a good thing, too.

Ben Abruzzo manages the Sandia Peak Ski Area and Ski Santa Fe. He says the snow is a good thing, but for this season it won’t change things at Sandia.

"Sandia Peak is not going to open this season. One of the biggest drivers is because it was late in the season, it became almost impossible to put a full staff together," said Abruzzo.

He says seasonal workers have been much harder to find. Right now, they’re operating Ski Santa Fe with 25% fewer employees.

With the big snow coming in February, it’s too late in the game to get the people needed to open the Sandia Ski Area. But it’s not all bad news.

"I got to take one run this morning and just kind of enjoyed that first moment of everyone going, oh my," said Tania McCormack with Taos Ski Valley.

McCormack does the marketing for Taos Ski Valley.

"Because it’s really – It’s really deep. I mean, there were spots were it was up to my waist," said McCormack.

She says they had 26 inches by 11 a.m. Wednesday, and the powder hounds are loving it.

"I think the best part is – is each person I found stuck, I’d be like – hey, are you OK? And they’d be like, Yeah! I’m having a great time. I’ve just fallen,” McCormack said.

The snow is helping other ski areas get open – like Pajarito in Los Alamos. Their website says they are now open on the weekends.

"I get a little kiddo at home, so I’m on time crunch right now," said Ausdran.

The roads are still pretty slick and people will want a four-wheel-drive vehicle, probably for any ski area you hit this weekend. 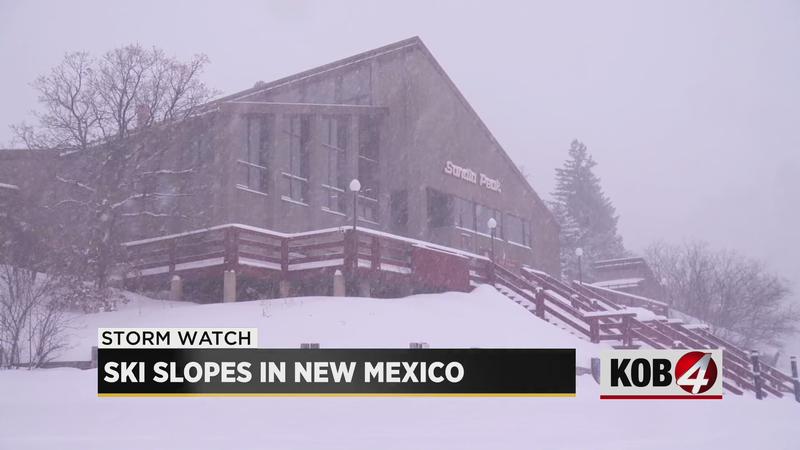