Sonja Lujan, mother of NM governor, passes away at 82

The governor’s office said in a statement Monday that she died on Sunday. The governor told reporters last week that her mother’s health had declined and that she was in hospice care at the governor’s residence in Santa Fe.

The first-term governor described her mom as “truly one of a kind" who fought for the best standards of care and refused to back down when she knew more could be done to help children in need.

“Her tenacity and determination in the face of seemingly insurmountable challenges has inspired me every single day of my adult life," Lujan Grisham said. “She taught me to fight hard — to make sure no one is left behind, that no family is lacking the support they need and deserve.”

Lujan Grisham said that while neither her mother nor father ever ran for political office, they taught her the importance of serving the community. 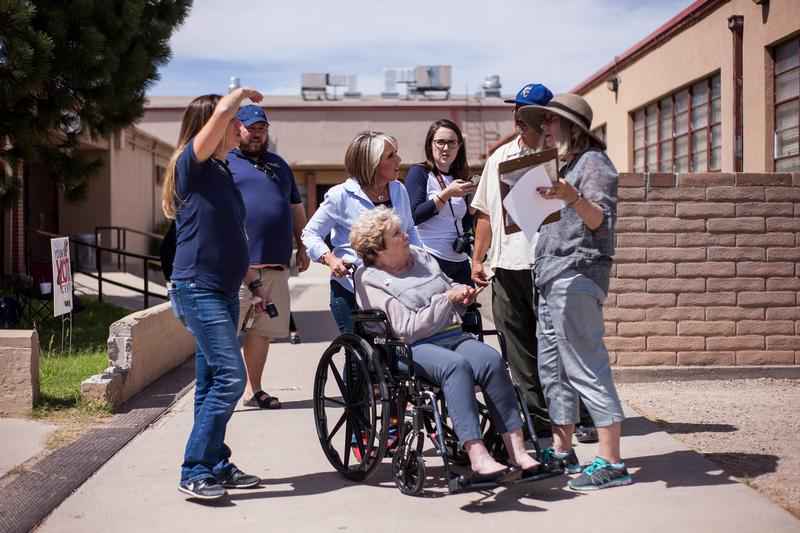 Her mother raised three children, including Lujan Grisham’s sister, Kimberly, who was diagnosed with a malignant brain tumor as a toddler. Kimberly’s illness eventually resulted in blindness, and Sonja Lujan spent years fighting government and health care bureaucracy to make sure her daughter received the resources she needed, according to the governor’s office.

As Kimberly grew up and attended the New Mexico School for the Blind, Sonja drove to Alamogordo every weekend to bring her daughter and her classmates back to Santa Fe to spend their days off with family.

Sonja Lujan went on to serve on the school’s Board of Regents and remained a caregiver for Kimberly until her death in 1985 at age 21.

“She became a dedicated advocate for my sister Kimberly and children with disabilities across the country simply because there was no other choice,” Lujan Grisham said.

Born Sonja Lee Jackson on Jan, 18, 1940, in Brazil, Indiana, she and her family lived abroad at times as her father’s career in the U.S. Air Force landed them in Germany and Japan.

In 1959, Sonja married Llewellyn Eugene “Buddy” Lujan. The couple made their first home together in Los Alamos before moving to Santa Fe. Buddy Lujan was a dentist who often provided free care to those who afford to pay, particularly to disabled and underprivileged children. He continued practicing dentistry until his death in 2011 at age 81.

Sonja Lujan spent her final days surrounded by relatives, and the governor said she will be missed dearly.

Sonja Lujan was in an assisted living facility in Albuquerque during the coronavirus pandemic, which was often mentioned by Lujan Grisham. The governor said many of the public health decisions she made at the time were aimed at keeping people like her mother safe.

In a May 2021 post on social media, the governor said that despite the challenges over the past year, she was glad to finally be able to celebrate Mother’s Day with her mom in person. She also acknowledged her mother’s birthday during her state of the state address in January.

The governor issued the following statement:

“My mother was truly one of a kind. Like so many caring and devoted mothers, she became a dedicated advocate for my sister Kimberly and children with disabilities across the country simply because there was no other choice. She worked to right every wrong and fought for the best standard of care, refusing to back down when she knew there was more that could be done. Her tenacity and determination in the face of seemingly insurmountable challenges has inspired me every single day of my adult life. She taught me to fight hard – to make sure no one is left behind, that no family is lacking the support they need and deserve. Together with my father, my mother taught me the importance of service to your community – of working to ease the burdens of others. Though neither of them ever ran for office, they exhibited true dedication to New Mexico and its people.

“She adored her family, and we treasured every minute we had with her. She was my mom, irreplaceable, and I love her dearly. My family and I are grateful that she spent her final days surrounded by the people she loved – we will miss her very, very much.”