ALBUQUERQUE, N.M- The launch of Virgin Galactic brings talks about the future of New Mexico and business.

Balloon Fiesta Spokesperson, Tom Garrity, said the success of this flight was very good PR for the land of enchantment.

“Events like this remind folks that things fly here in New Mexico, we need to head out to the Balloon Fiesta and take in that awe of something that is unique to the Land of Enchantment just like Virgin Galactic is unique,” said Garrity.

The Zia symbol was also etched into the side of the rocket, and Garrity said that was a very smart move when it comes to marketing.

“Whenever you have brands or images that are associated with the state whether it be the infamous Zia symbol, from the Zia Pueblo, to our trademark blue skies, now we have an additional item to add to that with the Virgin Galactic ship flying over New Mexico,” he said. 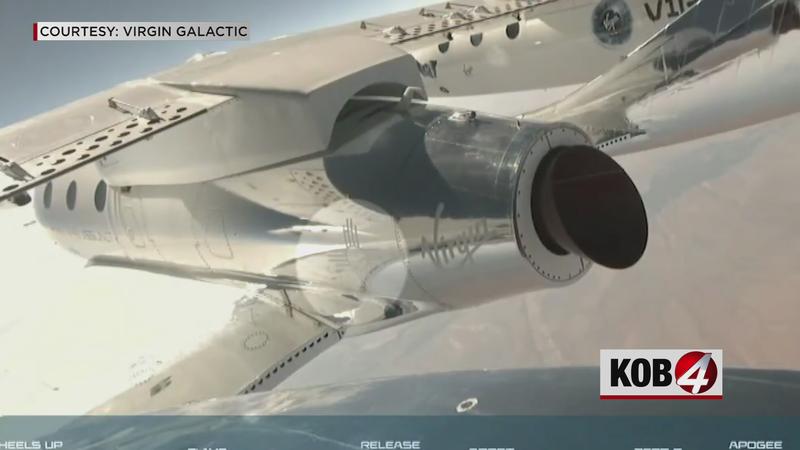 The New Mexico true logo prominently displayed on the live stream is exactly the calling card businesses are looking for.

“There is a lot of pluses for New Mexico, there is the national laboratories, there are a number of research universities with over $6 billion of research and development available and there is infrastructure,” said Garrity.

“What that safe launch and landing says to businesses wanting to relocate here is it really provides many reasons why folks should do business in New Mexico.”

Adding space travel to the list of things New Mexico is known for.

“We have hot air balloons we have green chilies now we have Virgin Galactic those are just some of the images people are going to associate with New Mexico, and they are all good ones,” Garrity said.