ALBUQUERQUE, N.M. — A local solar power company was selected to test out their new technology in orbit.

Businesses in New Mexico are turning to the sky as the second space race takes center stage in the land of enchantment. Here in Albuquerque, mPower designs and builds solar panels, an essential part of space travel.

“Early prototypes engineering and assembly devices and we were able to tests those and the ones that have really gotten the most attention is space power so that’s what we have been focusing on,” mPower Founder Murat Okandan said.

And their new focus has been a success, their product DragonSCALES, is actually orbiting earth as you read this.

“We are very excited to have the opportunity to put our prototypes in a launch with a partner and they are in space right now,” Okandan said. 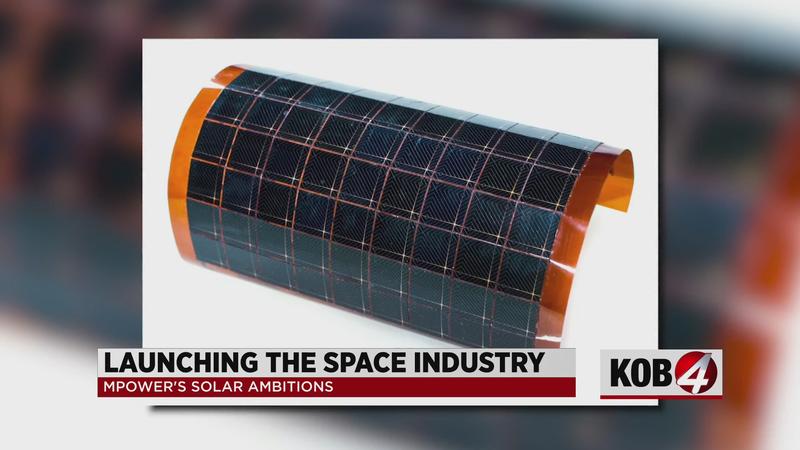 A Virginia-based satellite and mobile technology company, Lynk, chose to partner with mPower to test their solar panels on their low orbit fleet of satellites.

"Our products are going to be scalable, cost effective, and high performance so those pieces coming together are very exciting," Okandan said.

The partnership was announced on July 13. Like other space faring companies here in New Mexico, mPower is trying to make space more accessible through their new technology

“That has been the driver for this new space 2.0 or the new space paradigm that has been evolving and we are excited to be a part of it,” Okandan said.

You may even see DragonSCALES on the moon one day.

“We see some really exciting things coming together and space power is going to be one key enabler for those and we plan to be there,” Okandan said.