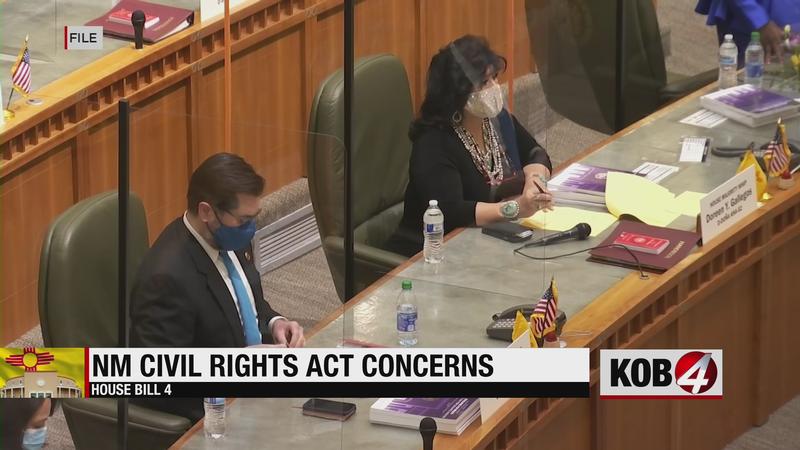 ALBUQUERQUE, N.M. — More controversy is swirling around Speaker of the House Brian Egolf—specifically over a bill he’s sponsoring that some argue could benefit his law practice.

New Mexico Speaker of the House Brian Egolf is asking the state ethics commission to dismiss a complaint filed against him on the matter.

The complaint focuses on House Bill 4, the New Mexico Civil Rights Act, which would open the gates for anyone to file a lawsuit against state or local officials if they think their rights have been violated. It would also remove qualified immunity as a defense for police officers.

"To really get police reform, this isn’t the vehicle to do it," said Farmington Police Chief Steve Hebee, who opposes the bill while raising some other serious concerns.

"I do believe there’s a lot of attorneys in the Legislature and they do stand to profit," said Chief Hebbe.

Last month, retired judge Sandra Price filed a complaint against Speaker Egolf, which read in part: "HB 4 would directly benefit his practice and this conflict should have been disclosed."

Egolf previously told KOB 4: "I believe it is something that is designed to distract me and to discourage me from doing the work that the people of New Mexico and the members of the House elected me to do. That’s all I’m going to have for you on that."

As for Chief Hebbe, he believes there are ways to craft HB 4 to limit suspicion that anyone is profiting off it.

"Certainly the appearance of profiting off laws that you’re passing is bad—although you’re worried about police and how we’re perceived—that actually goes both ways," said Hebbe.

HB 4 has already passed the House and has been sent to the Senate for consideration.