First off, the effort to send out about $700 million in rebates to help with those rising gas costs.

People who file their taxes individually would get $500 total – in two payments. It goes up to a $1,000 total for couples and heads of household filers. The first payment would come in June and the second in August.

KOB 4 spoke with Senate Majority Leader Peter Wirth about the potential impact of this money.

"This is a lot of tanks of gas, a lot of household services and things that New Mexicans need. I feel like the legislature delivered," said Wirth.

There’s also $20 million proposed for those with low income who don’t pay taxes, but that’s on a first come first serve basis.

Next was the Junior Bill, the one Gov. Michelle Lujan Grisham vetoed in the last regular session. It would divide $50 million among lawmakers for their own special projects in their areas.

"30 days after today, all the member project lists will be disclosed. So there will be a searchable database just like with capital outlay projects so you will be able to see exactly what I, Senator Wirth, put into the Junior Bill. Again, that was something that was flagged and I believe we addressed," said Wirth.

As of now they are expecting that money will be used in about 500 projects across the state from disabled veteran transportation, to family services, police departments just to name a few. We’ll see if this version of the bill is something the governor can accept. 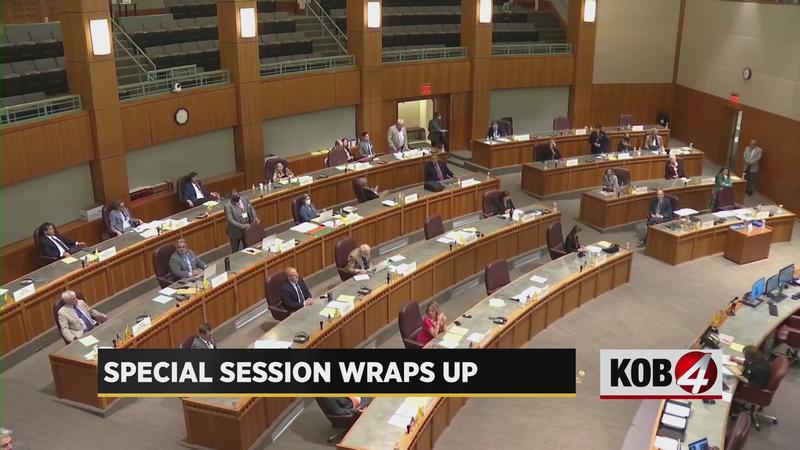