Special session wraps at the Roundhouse

SANTA FE, N.M. — After two weeks, the special session came to an end at the Roundhouse Friday afternoon – but not before one final heated debate on the House floor over a bill to redistrict the state Senate seats.

"And I don’t believe these maps, or the maps presented in the House, certainly not the maps that draw congressional districts – it’s just pure political gerrymandering and it, in my opinion, doesn’t serve this body or the state well," said Rep. Jim Townsend.

Democrats fired back, saying the process was fair and the redistricting maps were heavily based on recommendations made by an independent citizens redistricting committee. 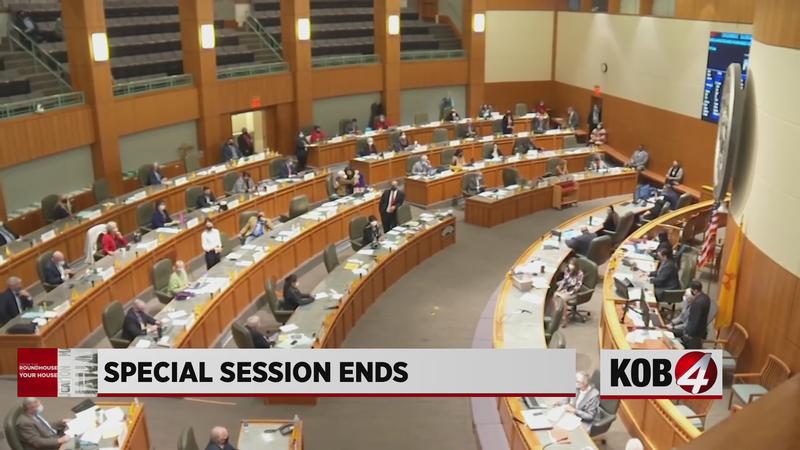 The redistricting process happens just once every 10 years to redraw the state’s legislative and congressional districts based on new census data. The governor signed a new congressional map into law Friday.

During the special session, lawmakers also passed a map for the House districts and for the state’s Public Education Commission districts.

Besides maps, the session was also about money. Gov. Michelle Lujan Grisham tasked lawmakers with spending $1.1 billion in federal COVID-19 relief money – after the New Mexico Supreme Court ruled she couldn’t touch it. Lawmakers passed a bill to spend $478 million of that money.

All of the legislators will return to the Roundhouse in January when the 30-day regular legislative session begins.