ALBUQUERQUE, N.M. —There have been 12 homicides at local hotels or motels, according to a spokesperson with the Albuquerque Police Department. That’s four times the number of homicides at these businesses in all of 2020.

Still, officials in the hotel industry told KOB 4 they’re “disappointed” by the lack of action by APD and the state.

“Our number one ask for APD was to have more patrols in our parking lots,” said Imesh Vaidya, Asian American Hotel Owners Association Southwest Regional Director and CEO at Premier Hospitality.

“And that is something that he’s wanting to do, but unfortunately he doesn’t have the manpower to initiate that immediately,” he added.

Since Friday, APD has investigated at least three separate shootings at hotels or motels.

One of those shootings has been declared a homicide. The other two have left victims in critical condition.

However, according to Gallegos, one of the victims in critical condition is not expected to survive.

According to Vaidya, the city’s crime rate could have a negative impact on people coming to visit.

"It has escalated, and I’ve been trying to preach this to our leaderships for years now,” he said.

“The perception that Albuquerque has initiated throughout the country is this is not a safe place to come visit or even just spend the night,” Vaidya added.

Gallegos did not respond to KOB’s request for an interview with APD officials.

However, Medina previously mentioned an increase in drug deals as a reason behind the spike homicides. Gallegos also mentioned that the city is launching other initiatives to crackdown on crime.

Vaidya says some of that money should be used to secure local hotels and motels.

"We’ve asked for that,” said Vaidya.

“We’ve actually said there’s a 1 percent tax in Albuquerque levied specifically to hotels and we’ve said can we take portions of that or even increase that to percent to 1 ½, maybe 2 percent and use that money specifically for lodging establishments so that we do have a safer environment and we can have a better reputation throughout the country."

In all, there have been 35 homicides in 2021 which is almost twice as many as the city had at this point in the previous two years. 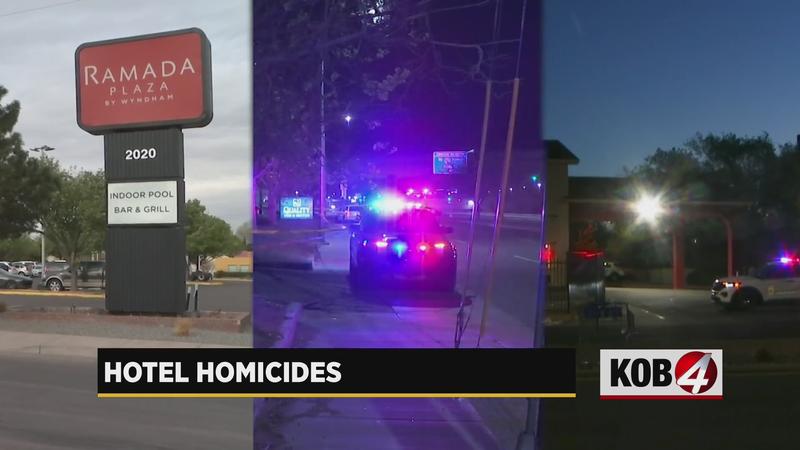