ALBUQUERQUE, N.M. — State lawmakers are entering crunch time with only 13 days remaining in the legislation session.

Out of the hundreds of bills that were filed ahead of the 60-day session, Gov. Michelle Lujan Grisham has signed four of them into law so far.

Those bills include Senate Bill 10, which repealed the state ban on abortion, House Bill 11, which freed up $200 million for small business grants, Senate Bill 1, which provides a $600 income tax rebate for frontline and low-wage workers, and Senate Bill 3, which expanded and increased the Small Business Loan Program from $400 million to $500 million.

The governor talked about those economic relief bills at the session’s half way last month.

"I think it’s critical we need to be able to hold up, shore up businesses moving forward. We want them to have security to hold their current employees and to potentially hire more,” the governor said. 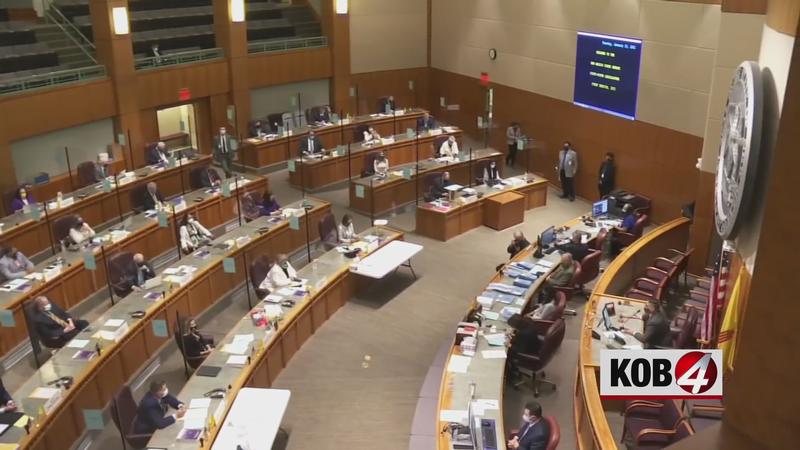 Dozens of other high profile bills and pieces of legislation are still being debated in House and Senate committees. House Bill 20 is one of them, and would require employers to provide paid sick leave to all employers.

Other high profile bills include House Joint Resolution 1, which would let voters decide whether to approve a constitutional amendment to fund early childhood education programs from the state’s land grant permanent fund. Lawmakers are also debating four different bills that would legalize recreational marijuana. They hope to eventually combine those bills into one so they can send it to the governor’s desk.

Gov. Lujan Grisham previously expressed that she was confident lawmakers would get it done.

"I’m optimistic. Again there’s a lot of stuff going on, and I’ve seen cannabis fail because it’s complicated. But I’m seeing the right movement in both the House and the Senate in these debates, and I’m confident they’re going to meet our expectations about safety, etc, plant count, and get me something upstairs that I can sign. I’m feeling pretty good about it,” she said.

The 60-day legislative session officials wraps up March 20 at 12 p.m.