ALBUQUERQUE, N.M. – Big changes will be coming in how New Mexico creates power. Now, some state lawmakers are taking a closer look at how that electricity is managed.

More solar and wind facilities are connected to pre-existing coal and gas power plants – offering a much more diverse source of electricity, but how that power grid is managed still looks the same.

"Right now, most of New Mexicans are served by investor owned utilities, that means they have a fiduciary duty to provide profits for their out of state shareholders. And so what public power is about is deciding, well, what if communities owned that power?" said Nansai.

A group of New Mexico lawmakers is asking state regulators to launch a new study into public-owned utilities. They want to see if it’s a good fit for New Mexico moving forward.

"This is sort of step zero, before getting to step one of what we see the future of renewable energy looking like in the state and sustainable energy," said State Rep. Andrea Romero.

The public power model gives cities and states more control over their power grids including where electricity comes from, how much it costs and how long it takes to make repairs.

"Fresh in our mind is our neighbor, Texas. And, you know, the big crises that they had on their grid, having two weeks of outages where folks were not only at risk of life, but definitely put out, you know, of their own homes and comforts with the private utility at the helm," said Romero.

"This is an energy market that we’re still growing into for renewables. And I think the potential has yet to be tapped. And public power could be part of that larger potential as well."

State regulators are still deciding whether to move forward with a study, but advocates say it’s better to be ahead of the curve than behind it.

"This issue is being raised all across the country from literally from Hawaii and California, all the way to New Hampshire, and everywhere in between. This is about evaluating an older utility model and determining if it works going forward.” 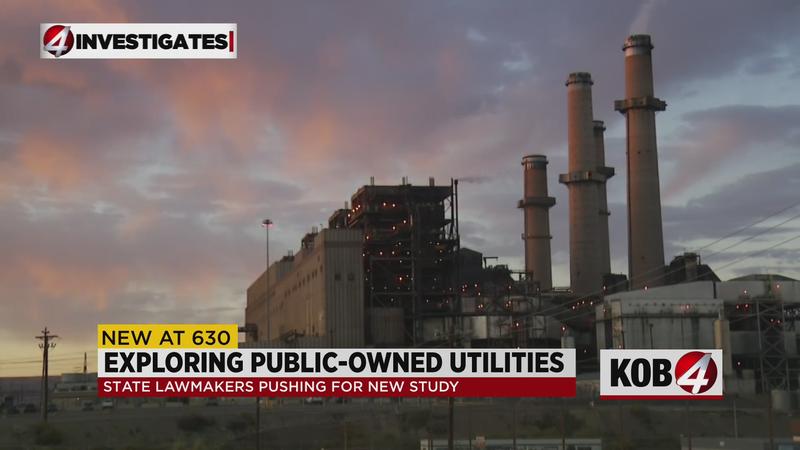