ALBUQUERQUE, N.M. — State lawmakers are responding to criticism that they did not put enough state money toward the teacher pay raises that passed the legislature earlier this year. On Thursday, they emphasized that it’s all fully funded.

Some charter school leaders placed blame on the state during a virtual meeting with the Public Education Commission.

“Not enough money has gone into the system to be able to accommodate this,” said Matthew Pahl, executive director of the Public Charter Schools of New Mexico.

Commission members showed empathy but not a lot of patience. 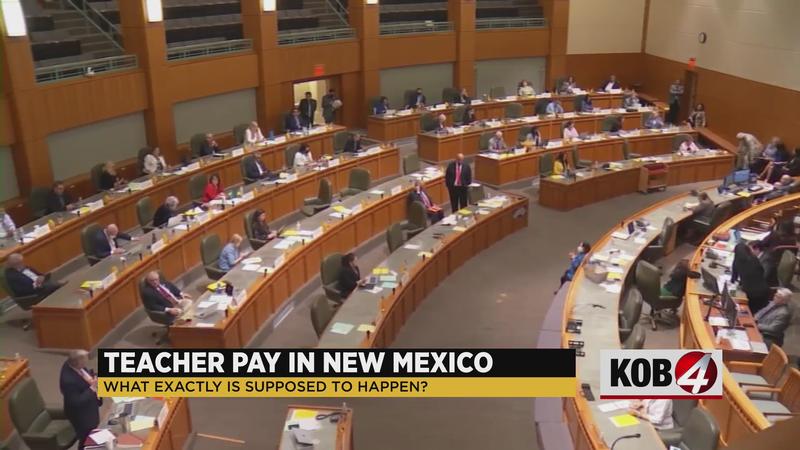 “I think it’s abhorrent that they planned all of this and didn’t plan to pay for it. It makes me crazy. They always do that,” said Steven Carrillo, with the state’s Public Education Commission. “What, are y’all stupid? You say you’re going to do this for our teachers, and you go home thinking about how great you are, then you don’t write the check?”

But they did write the check, according to state lawmakers on the committee that doles out the dollars.

“LFC got all the numbers correct. We added them. We met with superintendents,” said Sen. George Muñoz, D-Gallup, who is the vice-chair of the Legislative Finance Committee. “We never heard anything throughout the session that the numbers were off. Everybody double, triple and quadruple checked everything.”

He says they looked at all employees across the state and calculated how much raises would cost overall, and based on those calculations, the budget included $267 million to cover the higher salaries.

Muñoz also says the legislature decided to over-fund school districts to hopefully make up for any students who aren’t getting counted. Headcount is the biggest factor in how much money goes to districts every year.

Plus, he points out charter schools are often able to pay teachers more.

The head of the union negotiating with Albuquerque Public Schools says people who handle budgeting across the state are still finding challenges in making all these raises work.

“It is more complex this year than it’s ever been,” Albuquerque Teachers Federation President Ellen Bernstein said. “They’re worried about the amount of funding that goes with the mandates.”

The exact raise teachers and staff members are getting varies, but almost everyone should be bumped up at least 7%.