SANTA FE, N.M. – A proposal at the Roundhouse would aim to protect New Mexico’s environment – something many other states have passed. Lawmakers tabled it Saturday, putting it on hold for now.

The Green Amendment proposes to change to New Mexico’s constitution that supporters say will strengthen the state’s environmental laws.

Democrat state Rep. Joanne Ferrary is sponsoring the proposal and presented it to Saturday morning’s committee.

"Having a New Mexico Green Amendment will help ensure that existing environmental laws and regulations are implemented to their full potential and it will provide a basis for new needed protections," said Ferrary.

If it passes both chambers in the session — House Joint Resolution 2 would put a proposed constitutional amendment on the ballot during the next general election for voters to decide.

“The people of the state have the natural, inherent and inalienable right to a clean and healthy environment, including water, air, soil, flora, fauna, ecosystems and climate, and to the protection of the natural, cultural, scenic and healthful qualities of the environment.”

"It will also make clear that protecting environmental rights is the duty of all government officials and not just our legislature," Ferrary said.

But opponents argue the amendment is too broad and would stifle industry growth and economic development. Dozens of people and lobbyists also spoke out in opposition during public comment Saturday morning.

"We feel that the language in it is broad and it gives tremendous discretion to the agencies to enact rules that would stifle development in all sectors using climate change."

If approved by voters, this piece of legislation would alter the state’s constitution which is not a desirable way to address the environment. If New Mexico experiences unintended consequences resulting from this legislation, there is no way to address those types of issues without going back to the voters." 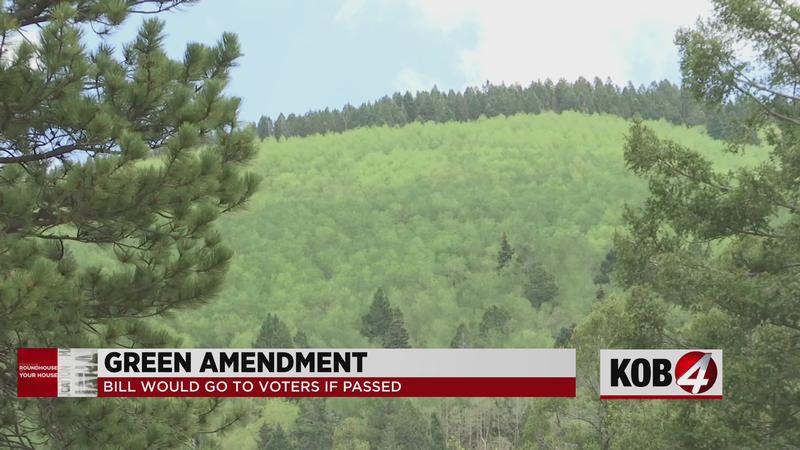