State looks ahead to new changes with imminent marijuana legalization

ALBUQUERQUE, N.M. — Recreational marijuana will soon be legal in New Mexico after Gov. Michelle Lujan Grisham signs off on a bill that was passed in the legislature Wednesday.

Recreational dispensaries will be allowed to open April 1. However, there’s still a lot of work to be done before people can purchase marijuana.

In 90 days, adults 21 and over will be able to have two ounces of marijuana and grow up to six plants. No more than 12 plants will be allowed per home.

A number of other new changes are also in the works, too.

“Everest is a vertically integrated cannabis producer in New Mexico, which means we do everything from seed to sale,” said Trishelle Kirk, who runs Everest Apothecary.

Kirk said Everest will have the option to sell recreational marijuana to people 21 and older.

“We’re floored, we’re excited. And we’re just looking forward to it,” she said.

State lawmakers said they still have to hammer out the final details regarding cannabis regulation.

“The dates that are built in are time for doing regulation, and our process for getting licensing and so forth up and going,” said Rep. Debbie Armstrong (D-District 17).

An advisory committee will need to be in place by Sept. 1.

“Developing the regulations, which then go to a public hearing process, and so forth. So there’s still more opportunity for the public to engage,” Rep. Armstrong said.

The Department of Regulation and Licensing will issue licenses for production or growing. Recreational retail is scheduled to begin April 1, 2022, but it could happen sooner.

“It’s a huge change, you know, New Mexico currently has about 100,000 medical patients and opening it up to an over 21 market is just a big increase in people who are able to get cannabis in New Mexico,” Kirk said.

Current medical providers will have the option to stay medical, but all recreational stores will also have to supply medical marijuana.

“This is to ensure that we have a adequate supply for the medical users,” Rep. Armstrong said.

While a number of current store are already looking at expanding, there’s also the option for new businesses and jobs to get in the mix.

“Just in general with recreational, what’s so exciting is it just means a lot of jobs for New Mexico, and jobs that people really want,” Kirk said.

“It really, really makes me happy because knowing that it’s going to cause a ripple effect in the people who are incarcerated for a simple arrest or convictions will be let go, and I think that’s great for society,” said Nicole Young, a resident.

“I think it’ll save money in the long run, but I also think it’ll just save lives. Like people can live more full happy quality of life and not having to live in fear of criminalization over things that ultimately don’t matter so much in the end,” said Sarah Sidelko, a resident.

KOB 4 also reached out to law enforcement agencies across the state to get their opinion on the new legislation. State Police said they’re looking things over, Rio Rancho Police said they’ll enforce what legislators have decided, and APD said the city has already decriminalized small amounts of marijuana and will adapt to the new law once it’s in effect. 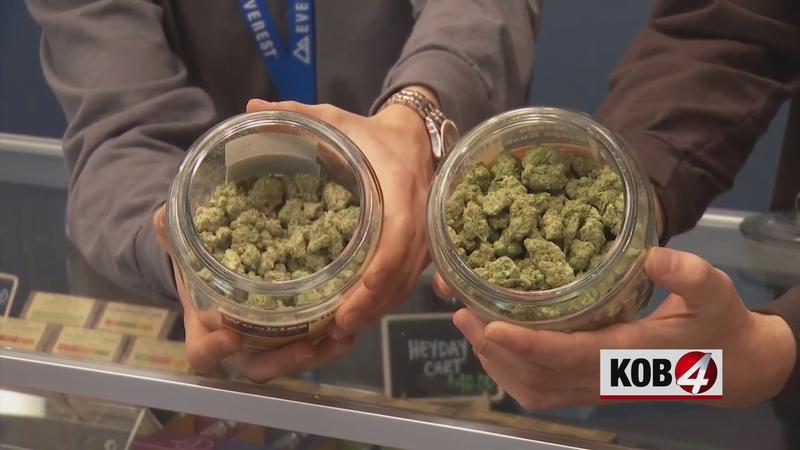