State of the City: Mayor Keller hoping to frame 2021 as the year of recovery

In a typical year, Mayor Keller would deliver his address at the Albuquerque Convention Center. However, like most things, his speech took a virtual turn.

"I definitely didn’t ever imagine I’d spend 2020 bouncing back and forth from checking on hospital capacity, to working on traffic from the rush on toilet paper, to sitting next to my son Jack on the computer trying to fumble through his kindergarten Spanish lessons,” Keller said during his speech.

Mayor Keller framed the past year as “uncharted territory” due to the pandemic.

"We’re innovating in real time to address the crisis itself,” he said. 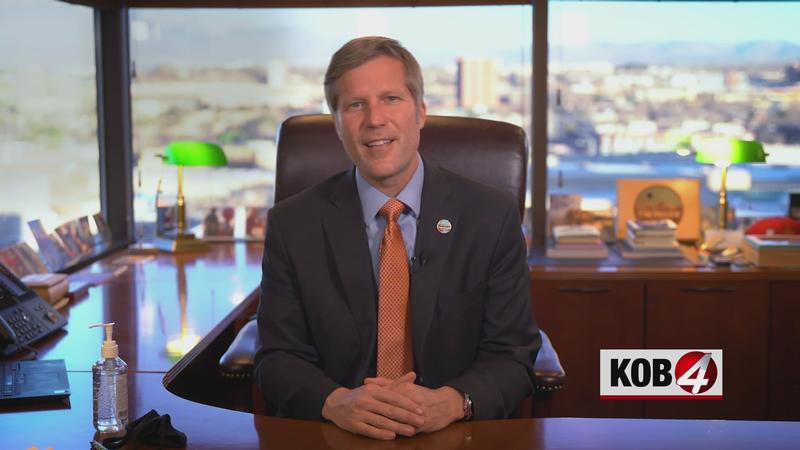 Keller highlighted the city’s efforts to adapt to meet the needs of the people by doing things like expanding free child care, expanding Wi-Fi access, dispersing funds for rent, giving away millions of dollars worth of business grants, and delivering hundreds of thousands of meals for older adults struggling with food insecurity.

Mike Lucero, a restaurant employee, said the biggest way the city helped him during the pandemic was by keeping parks and open spaces open for people to use.

“Well I think we’re at a perfect example right now—the dog park. When everybody is supposed to locked down, and we’re all doing it right, we’re all wearing masks, we’re all social distancing, but it’s like a way to socialize,” he said.

Mayor Keller said he’s trying to frame 2021 as the year for recovery. He also said the city is poised to make progress not only with economic recovery, but also in reducing crime, reforming APD, and making a dent in homelessness.