ALBUQUERQUE, N.M. — Dozens of New Mexico State Police officers have worked to help curb crime in Albuquerque for the past month.

It was initiated by Gov. Michelle Lujan Grisham in August in response to the growing crime crisis in Albuquerque – which recently broke the number of homicides the city has seen in a year. The previous record was set in 2019, when state police also ran a similar operation.

New Mexico State Police Chief Tim Johnson says when his officers got the call, they did not hesitate to step in.

"The citizens are exhausted, they are done with this violent crime,” Johnson said. “As recipients of their tax dollars we have to figure out how to make this safer for them."

Chief Johnson says his agency focused on four key areas around the Albuquerque Metro area: arresting violent criminals, aggressive driving on I-25 and I-40, drugs, and auto theft. 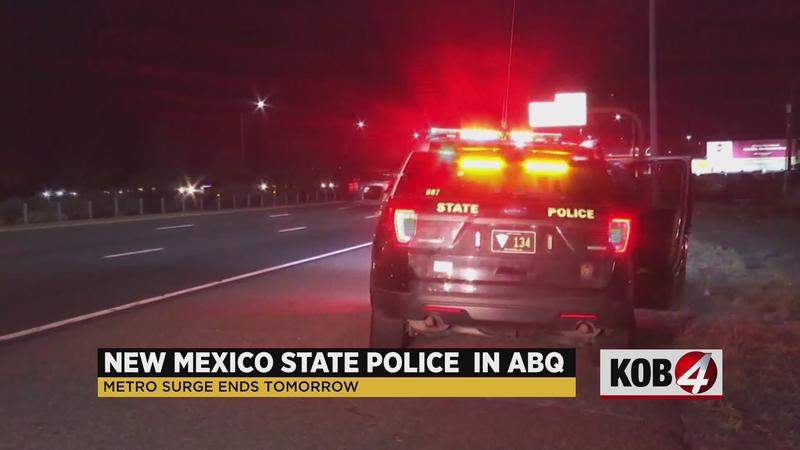 "We’ve had 93 felony arrests and 58 of those were people with violent histories in their criminal background," Johnson said. Not only that, but Johnson said Albuquerque saw fewer crashes resulting in injuries and officers made 21 DWI arrests.

"It looks like four or five-hundred fentanyl pills were seized," Johnson said, adding he is very thankful for the work his officers put in.

"I’m very proud of the men and women that make up this organization who time after time have been asked to do things sometimes away from their homes and their families and they say yes and go do the best job they absolutely can."