LAS CRUCES, N.M. — A New Mexico State Police officer was killed in a shooting on I-10 near Las Cruces Thursday.

Police said multiple agencies pursued the suspect’s vehicle from Deming to the Las Cruces area before there was an exchange of gunfire. 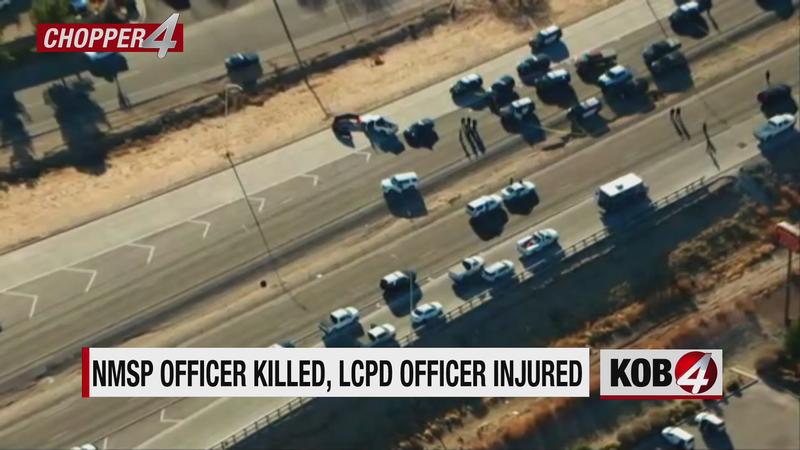 The investigation is expected to last several hours.

Gov. Michelle Lujan Grisham ordered flags to be flown at half-staff in mourning of the slain officer. She issued the following statement about the incident:

“I am shocked, heartbroken and enraged by the loss of this public servant. I am praying for the local officer who was also shot and injured. We are still learning more about what happened and why, as law enforcement authorities continue to investigate, and we will all get the facts about what happened today. But what we know right now is a New Mexico law enforcement officer has been killed in the line of duty and I am horrified as we grieve another life cut down, another family crushed by senseless violence in our state. Violent crime is a scourge on New Mexico, and the men and women who step up and put on the badge to protect our communities fight it with everything they’ve got every day. We are and must remain grateful for their heroic service every single day – and moments like this remind us why. The New Mexico State Police put their lives on the line to help keep us safe. I join all New Mexico and the New Mexico State Police community in grieving this senseless, heinous loss.”