TIJERAS, N.M. – A New Mexico State Police supervisor was shot during a pursuit on State Road 333 near Sedillo Hill.

State police officers were initially called to the Mr. Gas Mart in Edgewood because a woman was doing drugs in the bathroom.

When the state police supervisor arrived, he met with the reporting party who told him the woman was sitting with a man in a silver Cadillac parked in front of the store.

NMSP Chief Tim Johnson said the man backed his car into the patrol car and took off on State Road 333. The supervisor followed the suspect and was able to do a pit maneuver on the Sedillo Hill bridge. The Cadillac crashed into a guardrail and came to a stop.

According to state police, both the woman and the man got out of the vehicle – and the man fired shots at the supervisor. The supervisor was shot once and is expected to be OK. Despite being injured, he returned fire, and both suspects fled on foot east from the scene. It is unknown if they were shot. 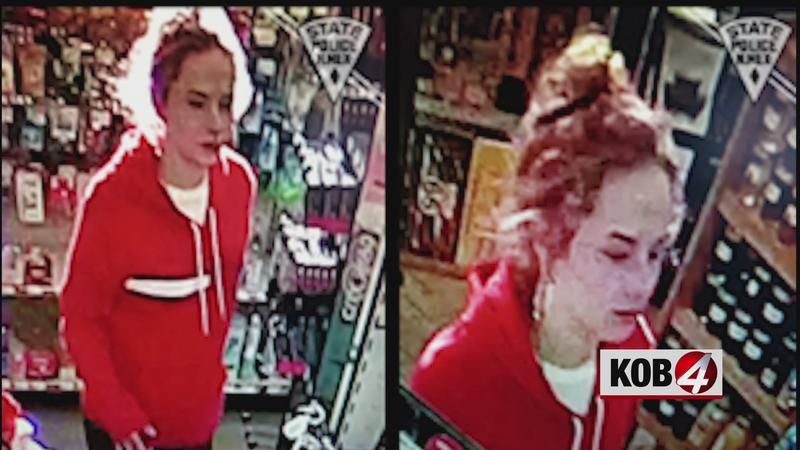 The injured supervisor was taken to the hospital and is in stable condition. Authorities said the name of the supervisor will not be released until all interviews are complete.

Chief Johnson initially said officers picked up two people in Albuquerque who police believed could be the suspects. However, police are now asking for the public’s help to identify this woman.

UPDATE: NMSP Officer shot during a pursuit on State Road 333 near Sedillo Hill. This update asks for the public’s help in identifying the female suspect who was involved in an officer-involved shooting.#PressReleaseNMSP https://t.co/d5lfoonCNw https://t.co/cz9b3eJD3k pic.twitter.com/1dRjQMaohV