ALBUQUERQUE, N.M. – Police are still looking for the suspect in the second massage spa killing – and members of the Asian community are speaking up, calling for an end to the violence targeting them.

New Mexico’s first Asian American state Rep. Kay Bounkeua told KOB 4 she has received an outpouring of comments from other Asian women and leaders in the Asian community. Now they are working together to find a way to make sure these violent crimes against Asian women don’t continue.

On Jan. 25 the owner of Wonderful Massage was shot multiple times after her store was robbed by two teenagers.

Three weeks later, another Asian woman was found dead at her massage spa off Coors and Fortuna – police are still looking for the suspect in that homicide.

“I think there is just fear that runs through the community as well as anxiety, just wondering what is happening, how can family and individuals get support? And what are we as a state and a community doing to address the violence that is happening against all our communities,” said Bounkeua.

After seeing multiple Asian women become targets of violent crimes, it brings up memories of a similar tragedy that happened last year on the other side of the country.

“I think there is just a lot of trauma that continues to come up, and we are coming up on the anniversary of the Atlanta shootings that really impacted so many people in the area. But again many of those victims were Asian women at massage parlors and to see that trend start to pop up here in Albuquerque, it is that question again of how do we stand strong as a community and how do we amplify that right now, Asian women continue to be attacked and how do we ensure that they have safety?” Bounkeua said.

“It’s so true that violence against one is violence against all and what we are seeing is women of color and Indigenous women continue to be targeted in these violent occurring and how do we get closer to a community response,” said Bounkeua said.

KOB 4 also reached out to APD for an update on their murder investigation at Canna Spa over on Coors – and was told there is no update at this time. 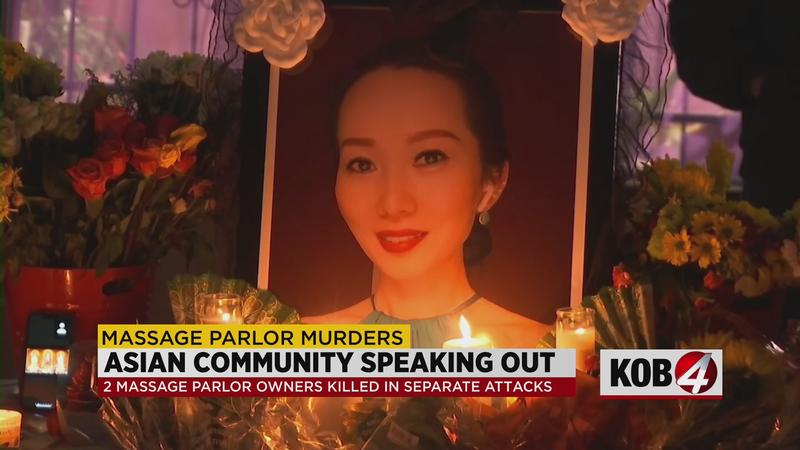