ALBUQUERQUE, N.M. — After a deadly insurrection erupted at the U.S. Capitol in January, fencing and extra security went up at the Roundhouse in Santa Fe. Now, State House and Senate Republicans are demanding that fence to come down.

In a letter sent to Democratic leaders, Republicans wrote in part, “Maintaining the fence after any possible threat is no longer evident only creates the perception that our government leaders are afraid of our state’s citizens… The current fence serves no purpose at this point other than sending a wrong signal… that their elected officials feel compelled to keep the public away.”

“From the very beginning we have asked for, received and acted upon the advice of State Police, the Department of Homeland Security and other security professions. They have asked that we keep the barrier up through the end of the session,” Speaker Egolf said.

Speaker Egolf acknowledged that the Roundhouse has not been a target of violence and that there have been no noteworthy incidents. He said the fence and the combined presence of State Police and the National Guard are likely deterring any possible violence.

Since Democrats control the governor’s office and both chambers, Speaker Egolf’s decision stands.

“I look forward to the barrier coming down just as soon as we’re told it’s safe to do so,” he said.

The fencing is expected to remain in place through the end of the session, which is March 20. 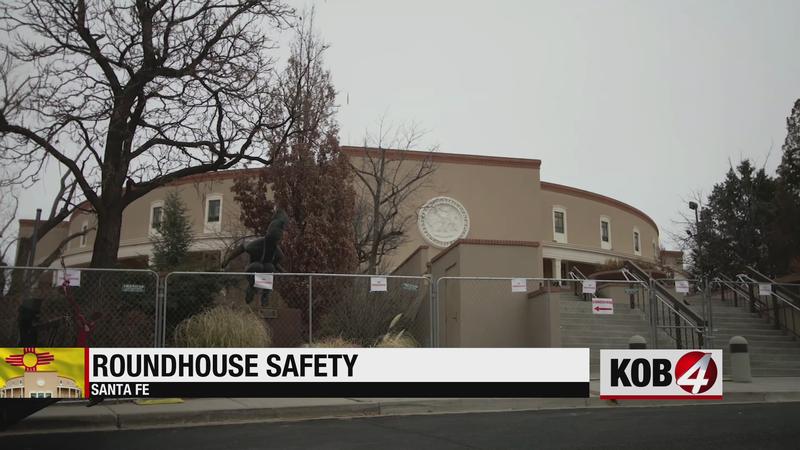