ALBUQUERQUE, N.M.- Prosecutors petitioned the court for a change of venue after a mistrial was declared earlier this month against Rio Arriba County Sheriff James Lujan.

The initial jury trial took place in the same building where many of his deputies work.

Cameras were not allowed in the court, but the special prosecutor made allegations in court records.

"The presence of deputies was intimidating to jurors as they were faced with the ultimate decision of whether to convict the deputies’ boss.”

"The sheriff himself was seen ushering jurors around and speaking to them openly," the prosecution added. 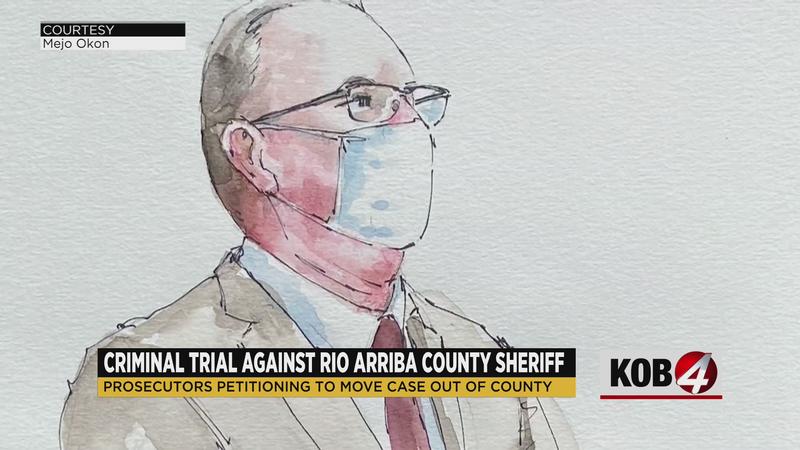 Sheriff Lujan stands accused of harboring a felon after a police chase in 2017 and intimidating one of his own deputies to not say anything about what happened.

One juror, in an affidavit, said the jury was “rigged from the beginning.”

Another said, "they were afraid the defendant and his deputies knew their identity and something might happen to them in the future."

Lujan’s defense attorney insists the trial was “conducted completely fairly,” in a statement.

“This motion is not about fairness but is a transparent political attempt to steer the trial to a county where the state thinks it has the best chance of winning,” he added.

Lujan is due back in court next week for a status check.