ALBUQUERQUE, N.M.- State Sen. Antoinette Sedillo Lopez says concerns she shared about firefighters during a legislative meeting were not her own.

"I know they work hard, and I know they put their lives on the line for us," she told KOB 4.

Sedillo Lopez said any claims that she disrespects firefighters are not true.

The state senator brought up firefighters’ work days while talking about a bill to include firefighters’ overtime when calculating their pensions.

Sedillo Lopez said she’s received a lot of texts and calls about the issue. Sedillo Lopez mentioned concerns that firefighters get overtime for eating and sleeping and hanging out. However, she said that comment was being communicated for some of her constituents. 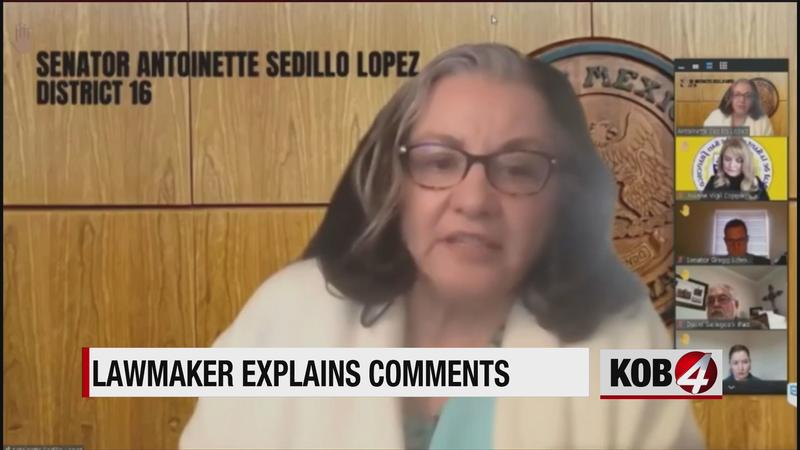 "I referred to the emails, and then I thought I was giving them a chance to respond," she said. "I realize it wasn’t very graceful how I did it, but that’s what I did. I certainly don’t believe that firefighters just eat and drink and sleep."

Sedillo Lopez points out that her father founded a volunteer fire department.

She also notes that she voted in favor of Senate Bill 90, which allows the overtime that first responders work to count toward their state retirement pension.

Firefighters currently work 46 hours a week, but their pension is calculated for 40 hours of work.

The senator said she also made the effort to make sure the state provides the necessary funding.

Sedillo Lopez said Republican operatives, posing as Democrats, have been misrepresenting her position on the issue.