“We were actually a little worried based on what we heard from employers, you know, we are at about two-thirds of what we normally get, but that’s good for the employers cause they get more time to interact with job seekers,” Sen. Padilla said.

Employers like the Albuquerque Public Schools, who have nearly 800 open positions, even hired some folks on the spot.

“We have hired about seven bus drivers. We have about 50 or so inquires that we still need to process,” said APS Recruiter Connie Rangel.

The Albuquerque Police Department also said their booth was getting plenty of attention. 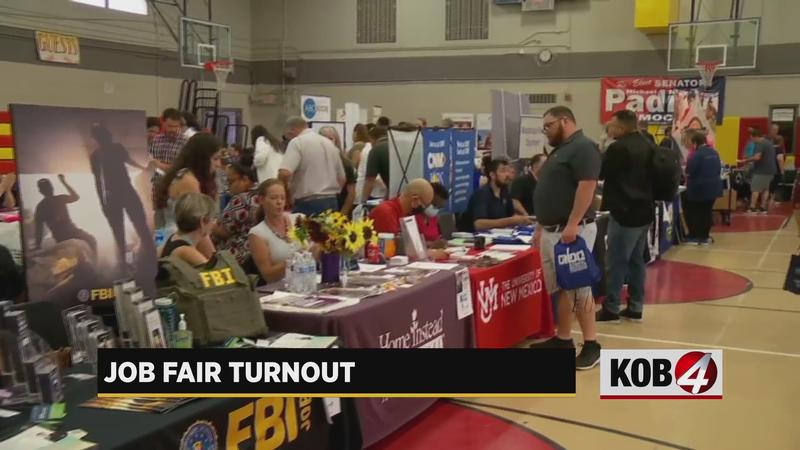 “So we have roughly 30 people inquire, five of them applied on the spot, with a lot of them getting the information they need,” said APD Sgt. Peter Silva.

Even industries who were hit the hardest by the pandemic, like restaurants, said they were finally filling positions.

“A lot of employers have reported back to me that job seekers are prepared. They brought resumes, they were shaking people’s hands. We haven’t been able to do that for a while, to talk face to face, so in many ways I think the employers won today,” Sen. Padilla said.

Many employers who were at the job fair are still accepting applications online.