ALBUQUERQUE, N.M. —The governor is calling for the expansion of the state task force on missing and murdered indigenous women.

This comes after the task force published a comprehensive report on the crisis affecting Indian Country. According to the report, there were 5,700 cases of missing Native women and girls from 2017. Even though New Mexico has the fifth-largest indigenous population, it has the highest number of these cases in the country.

"The purpose for this new expanded taskforce is to bring more people to the table so that the recommendations we developed are vetted by the people in the community who are really dealing with these types of cases on a day-to-day basis,” said Stephanie Salazar, with New Mexico Indian Affairs Department.

Some of those recommendations include increasing data gathering across law enforcement agencies, creating a data institute to track cases, and creating new tribal laws and policies to report missing person cases to the state.

So who are they searching for to be in the expanded task force? 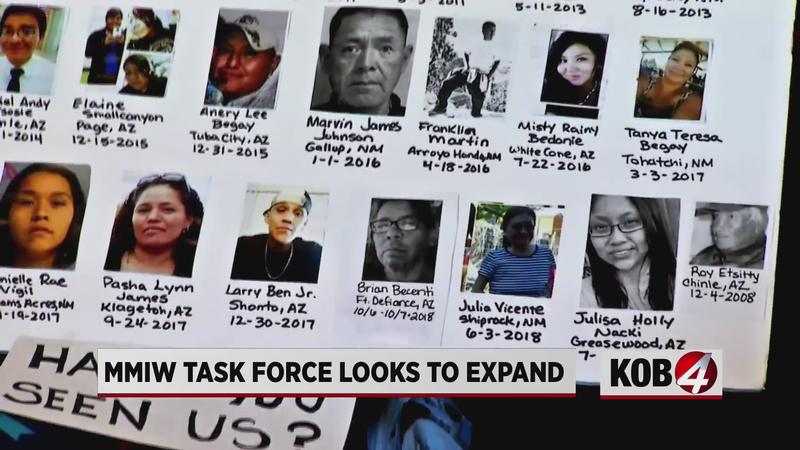 "We’re asking tribal leadership to nominated representatives, we’re asking community organizations, non-profits, law enforcement across the state, appoint someone to this taskforce so we can have a robust set of conversations to develop a state response plan,” Salazar said.

The expanded task force could have up to 40 members. The nomination process is underway.