ROSWELL, N.M – Tourism is one of the main drivers of New Mexico’s economy and was the topic of discussion Tuesday when officials with the New Mexico Department of Tourism were in town.

The gathering, which was attended by local government representatives, business owners and community members, was one of several stops the New Mexico Department of Tourism is making on its New Mexico True Tour across the state.

“The purpose of our tour really is to take a deep dive into some programs that are going to be offered this coming fiscal year, either an expansion, or change or an additional benefit that is specifically to tourism-related businesses, industry, attractions, interested parties,” Antoinette Vigil, deputy secretary of Tourism told the crowd.

Some of those programs are already being utilized by the City of Roswell, a city heavily dependent on out-of-state visitors.

“For the City of Roswell, we have such an iconic brand, it’s something that our downtown district businesses rely on us to help bring visitors to their business, to our local restaurants,” said Junita Jennings, director of Public Affairs for the city of Roswell.

Jennings, who handles the city’s marketing efforts, said that in 2022, the city received a total of $157,096.50, and for the coming year they have so far applied for $143,655. Much of that goes towards marketing the city, such as $9,000 the state received from the Department for Google Ads promoting the city’s annual UFO festival.

The city has also received money for the Department’s Marketing and Advertising program, which is used for print, billboards and digital ads marketing the city. The themes of which go beyond the UFOs and aliens Roswell is known for and also includes the city’s outdoor riches, to include its museums and outdoor riches, as well as activities such as hiking, bird-watching and astronomy.

“It’s about making memories and having that adventure of exploring,” Jennings said.

Beyond marketing, the city is also hoping to apply for a $50,000 grant from the Department to make upgrades to its Visitors Center, located in the downtown area. Already the city has set aside $300,000 and hired an engineer for the project.

The improvements to the center are expected to include expanded parking and digital kiosks where visitors can learn about and make lists of local attractions they want to visit.

With the pandemic restrictions now eased, Jennings said she thinks people are eager to travel again.

“After being cooped up these two years, it’s about getting outside, and you know, being able to explore all we have to offer,” said Jennings. 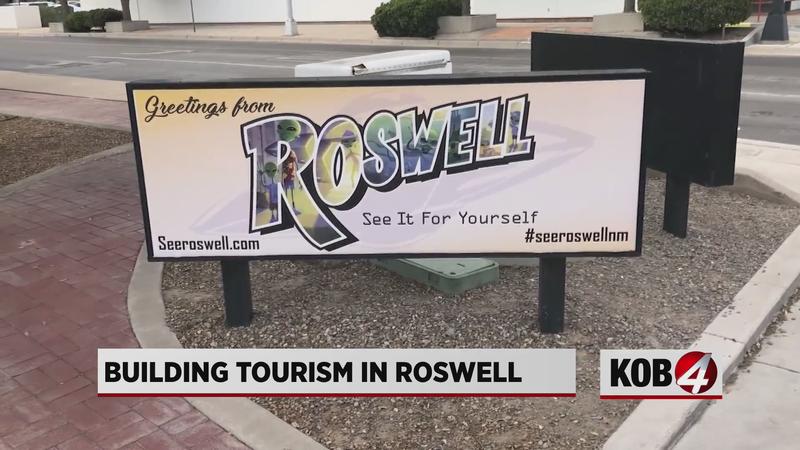