"Physically, he’s very gifted, probably one of the best athletes in our school, if not the best," said David Rodriguez, head basketball coach at St. Michael’s.

He’s also an admirable recruit for college sports. But now, he says any plans to play after graduation are uncertain. Martinez was diagnosed with multiple sclerosis in September.

He first noticed things weren’t right during a baseball game.

"I noticed I didn’t have full control over the ball, and my locations, my pitches, nothing was working and I knew something was wrong," Martinez said. "From there, we just started booking appointments like crazy." 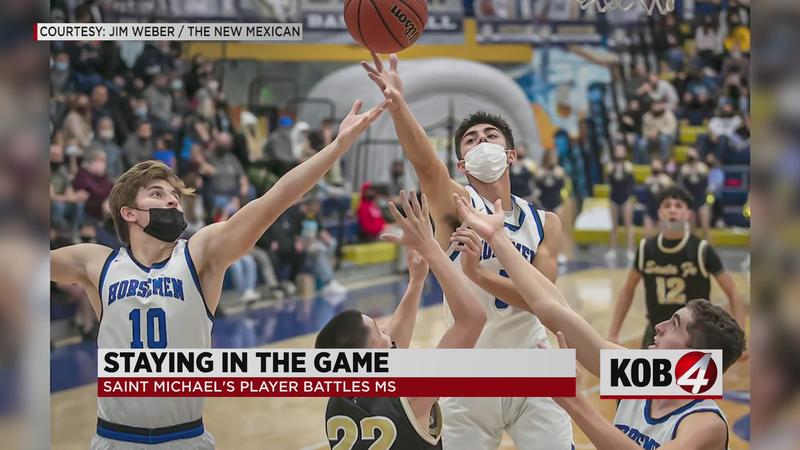 Basically, Martinez’s brain and body are not communicating as they should be.

"It affects every part of your body, at any time it wants to," said Denice Torres, Martinez’s mother.

Martinez was trying to go to college for baseball, but this has caused him to take a step back. Now, his focus has shifted from college athletics to dealing with bouts of debilitating fatigue and relearning how to do things – like write and use a fork.

The disease has also caused him to lose sensation in four fingers on his right hand.

There is no cure for MS, but Martinez’s mother said they were very fortunate to catch his case early and get a head start on treatment.

Martinez said he refuses to let his condition hold him back.

"Basketball, baseball, all my sports, I’m dedicated to all of them," Martinez said. "I don’t lack for hard work. I want to push myself."