ALBUQUERQUE, N.M. — A committee debate over recreational marijuana that was supposed to take place Monday night has been pushed back. This move comes with less than a week left in the 2021 legislative session.

Both Senate Bill 288 and House Bill 12 are still on the table. Lawmakers are tasked with reviewing every detail of the lengthy bills. SB 288 is more than 100 pages long and HB 12 is 200.

Still, lawmakers have made changes to both, but some sticking points over plant counts and licensing remain.

SB 288 would not put a cap on plants, and licensure would be overseen by a separate independent commission.

"It’s important to me to ensure that we let free market determine how much cannabis can be produced and the goal is to get cannabis as cheap as possible to drive out the illicit market," said Sen. Cliff Pirtle (R-District 32). 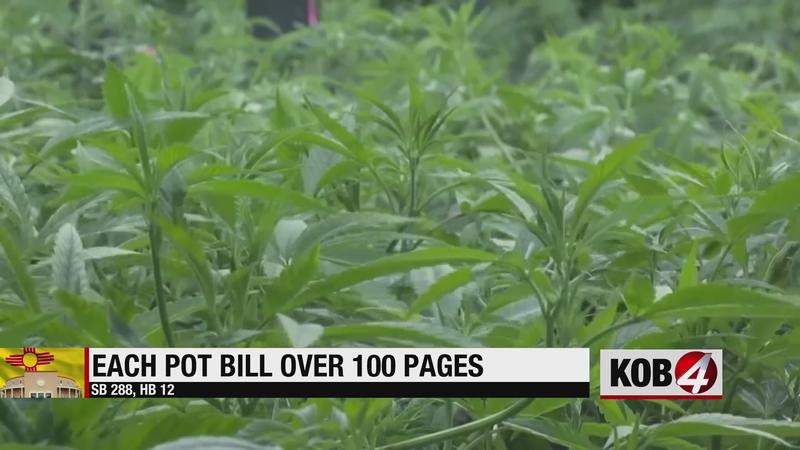 HB 12 goes into more depth on licensing and plants, which would be overseen by the State Regulation and Licensing Department.

"Part of the reason our bill has a micro business license, and with this amendment their plant count increases to 200, is precisely to ensure that communities around the state have the ability to get into the industry with limited capital. At the end of the day, you need access to water, land, and some know how, and you should be able to enter the business," said Rep. Javier Martinez (D-District 11).

Albuquerque City Councilman Pat Davis was on the governor’s commission to legalize recreational marijuana last year. He said he thinks figuring out licensure and plant count are the biggest issues.

"That’s the real challenge, and at the end of the day, no one is surprised, but it all boils down to money on the line for the folks who have invested in this industry for a long time and a lot of money on the line in taxes that could go back into health care and public safety and social issues," Davis said.

But what about businesses that want a drug-free environment? The president of the State Business Coalition said there are still issues with drug testing.

"There’s a lot of problems that we have seen from the legalization of recreational cannabis or marijuana for the business community, and society as a whole," said Carla Sonntag. "The main concern for an employer. Even if they’re told they can have a drug free workplace, there are issues with testing because a marijuana user on Sunday will test with THC in their system on Monday. That is neither fair to the employer or the employees."

Both bills were expected to be heard in committee Monday night, but the Senate floor session went too long. At the moment, there’s no word on when those bills will be picked back up again.