FARMINGTON, N.M. – A winter storm brought strong winds and some snow to the Four Corners area.

Some of the people that KOB 4 spoke to said that the winds started to pick up around 3 a.m. Wednesday in Farmington.

The city’s large Christmas tree came crashing down due to the wind – some of its ornaments even blew away to the other side of the street. It had only been up for a little over two weeks. Crews have been working on getting the tree back up.

“We had a lot of wind out there but in my house, no damage," said Chris Cook, a Bloomfield resident. "But the wind was pretty heavy and we probably got about an inch of snow."

Due to the storm, there were several power outages across the county.

Most of the snow had already melted by noon Wednesday. 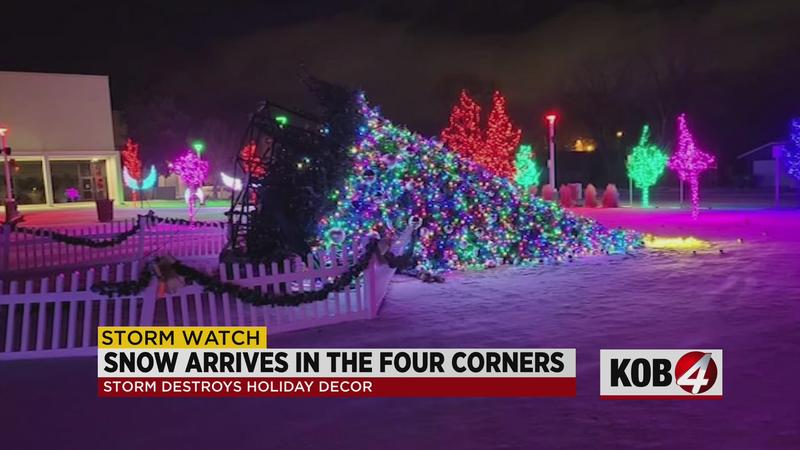