ALBUQUERQUE, N.M. — Video footage from an Albuquerque business owner shows a large pile of trash that was washed away from a homeless encampment following a Memorial Day storm.

Randy Baker, owner of Rio Bravo Brewing Co., captured footage of the trash pileup underneath an I-40 overpass at First Street. He said when he decided to open his business years ago, the community looked nothing like it does now. He also said the city should be offering better solutions to address homelessness.

“All of us as a community need to focus on the homeless issue, but what we’ve got right now is a lot of homeless down here in the Downtown area,” Baker said. “They are just infiltrating everywhere and there’s large camps, and they’re leaving all the trash, but there’s nobody policing that. And it’s concerning to businesses as concerning as an owner, as a father, as a taxpayer, as a community member.”

KOB 4 reached out to the city about Baker’s concerns.

A spokesperson said the storms pose a real challenge to people experiencing homelessness in Albuquerque, especially because those people might lose their belongings or be injured in the process. 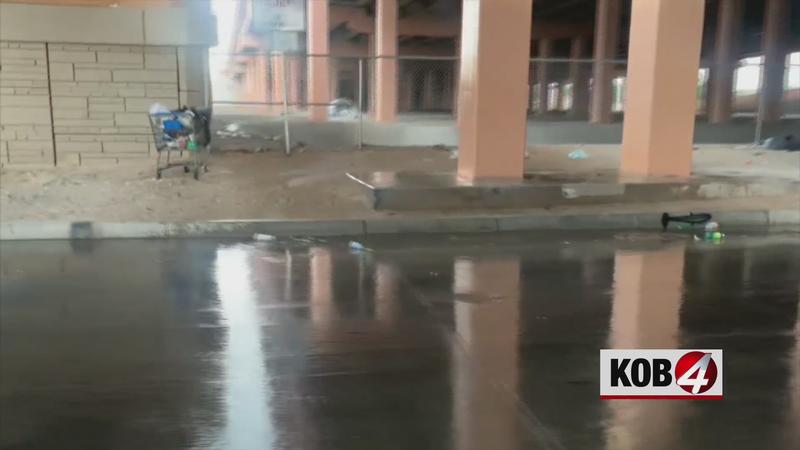 While homelessness has grown in all cities across the country, Albuquerque has doubled the number of unhoused people they serve, and continues to try and provide those people with help.

As for the debris, city officials said they hope all residents will do their part by throwing away their trash.