ALAMOGORDO, N.M.- A string of suspicious fires in Alamogordo has investigators on high alert.

The four fires broke out within days of each other.

Fire officials call them "incendiary" fires, but they want to make it clear that "incendiary" does not equal arson.

"It just means that in layman’s terms, there was a fire where there shouldn’t have been a fire," said William Skaggs, AD Fire Investigations Unit Leader.

Investigators believe one of the fires may be connected to a structure fire in the neighborhood of the Valley Vista trailer park on Post Avenue. 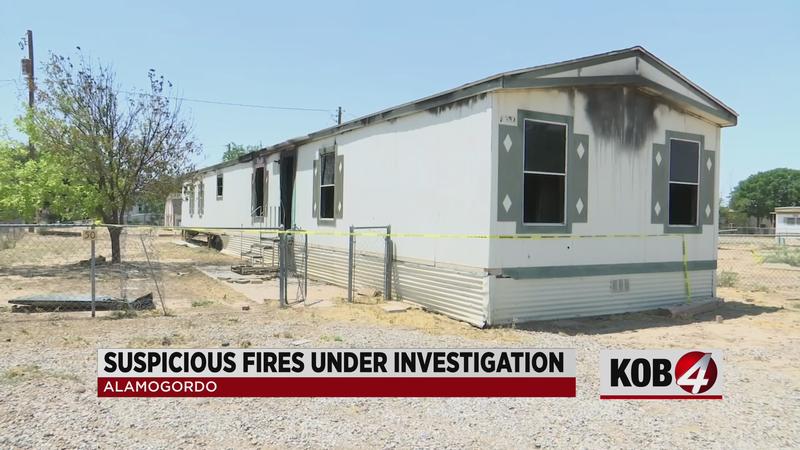 But fire officials cannot confirm if the other two brush fires are connected.

Neighbors in the area say they see a lot of homeless people camp out in abandoned trailer, and in empty lots like the one where one of the brush fires broke out.

"You know, homeless come in the trailers sometimes, and sometimes they have a cigarette, and they just leave it there and next thing you know we have a fire," said Jaime Areanas, who lives near where the fire burned a structure.

Fire officials say despite the investigations, there is no cause for alarm.

Alamogordo police are helping the fire department to investigate these fires. They say at this time it’s still too early to release information about any possible suspects.